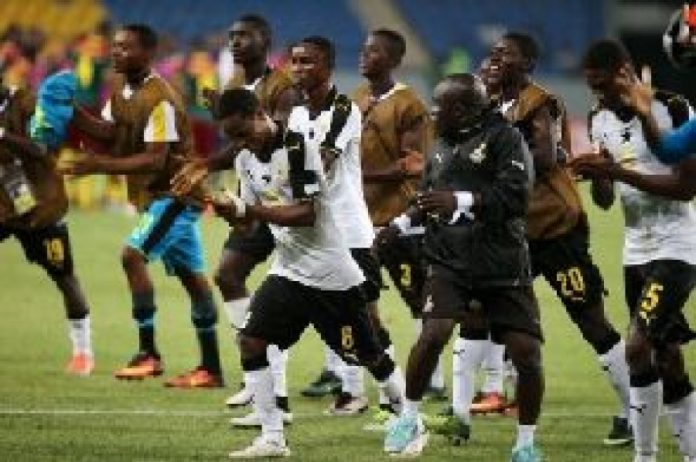 Ghana defeated Niger on penalties to book a place at the finals which will be played on Sunday.

The two-time Africa Champions have shown great promise throughout their campaign in Gabon making their fourth appearance at the finals and their first since 2005.

As part of the promise by the government, players of the team were presented US $1,000 each by the deputy Sports Minister Hon. Pius Enam Hadzide after the victory over Niger.

This will serve as a big boost to the team ahead of their finals on Sunday.

The players will further receive US $5,000 should they win the trophy in Gabon