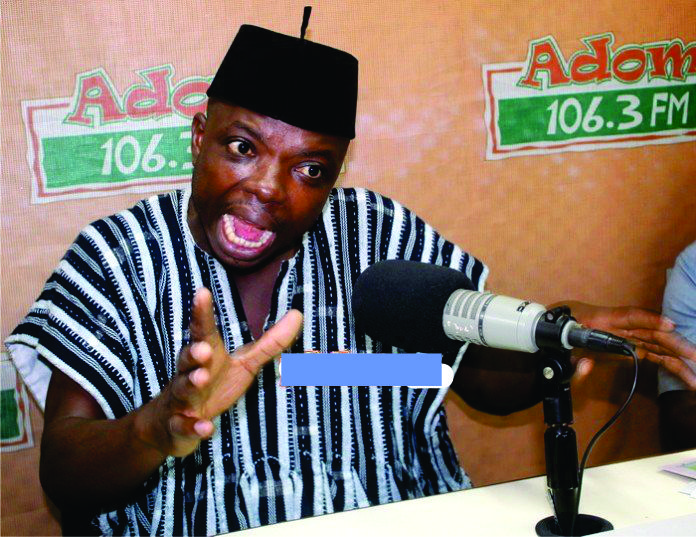 A seven-member Supreme Court panel has dismissed an application seeking an order of the court to compel some former ministers in the erstwhile Mahama administration who were also MPs, to pay back to the State, alleged double salaries they received when they were in office.

The application was filed by the Bono regional chairman of the New Patriotic Party (NPP), Kwame Baffoe aka Abronye DC.

The highest court in the land presided over by Justice Nene Amegatcher reached this decision on Wednesday (9 November 2022), explaining that the applicant in his application, did not properly invoke the jurisdiction of the Supreme Court.

The applicant invoked the original jurisdiction of the Supreme Court based on Articles 78 (3) and 98 (1) of the 1992 constitution, seeking interpretation of same.

Article 78 (1) states that; “a Minister of State shall not hold any other office of profit or emolument whether private or public and whether directly or indirectly unless otherwise permitted by the Speaker acting on the recommendations of a committee of Parliament on the ground-
(a) that holding that office will not prejudice the work of a Minister; and
(b) that no conflict of interest arises or would arise as a result of the Minister holding that office.

Article 98 (1) on the other hand states that “a member of Parliament shall be paid such salary and allowances and provided with such facilities as may be determined in accordance with article 71 of this Constitution”.

The applicant based on these provisions sought an interpretation from the Supreme Court in relation to the allegation of double salary paid to the former Ministers who were also serving members of Parliament.

However, the Attorney General opposed the application, noting that the two constitutional provisions that have been invoked by the applicant do not raise any conflicts that require interpretation by the Supreme Court.

The provisions according to the AG, are straightforward and to that end, they prayed the apex court to dismiss the application.

By unanimous decision, the seven-member Supreme Court panel ruled that they agree with the argument of the AG that the constitutional provisions cited by the applicant do not require their interpretation. The court concluded that their jurisdiction has not properly been invoked.

“The writ has no merit whatsoever and it is therefore dismissed,” the Supreme Court panel of seven ruled.

However, the court was of the view that there are avenues other than the Supreme Court that the applicant can explore to have his argument addressed.