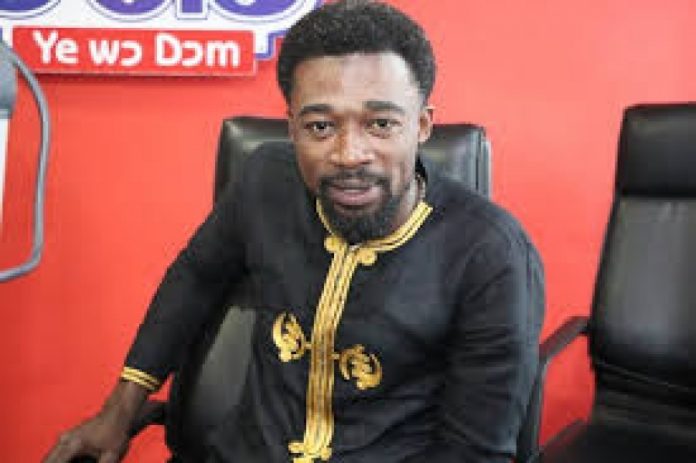 His comment comes on the recent backlashes against prophets by a section of the public who are questioning the credibility of prophets, and their prophesies which are mostly centred on tragedies and deaths.

The very recent case being the tragic death of bubbly dancehall artiste, Ebony Reigns which a lot of prophets claim they foresaw and prophesied about with a section of the public calling on Parliament to intervene and stop these prophets who lack decorum on issues as sensitive as death from causing fear and panic.

Speaking on ‘Maakye’ educative show on Accra-based Hot93.9FM, Prophet Reindolph Oduro Gyebi, better known as the Eagle Prophet who once prophesied on how some individuals are going to rise up against prophets, emphatically stated that anyone who dares to go against the prophets of God should be prepared to die; making reference to what happened to Jezebel and Ahab in the Bible after going against a prophet of God:

“Anyone who is planning on going against a prophet or planning to destroy prophets should do it and die… The Lord uses prophets to guard a nation, a country can not go on without prophets so if you plan to go against any prophet of God then be prepared to die. Just look at the story of Jezebel and Ahab, what happened to them when they went against a prophet of God. In this country, when President Kufuor was campaigning, was he calling God or the Devil, President Mills and Nana Addo, were they all not calling on God to help them win, so what are all the insults against prophets coming from?” he quizzed.

Backing his comment, the Head pastor of Glorious Word Ministry International Rev. Isaac Owusu Bempah has vowed to strongly resist any kind of attack from anyone against prophets in the country.

“Nowadays if a prophet speaks, people don’t like it, but I tell you, no one can silence prophets in this country so if anyone plans on going against prophet I tell you it will never be possible… Because I Owusu Bempah will resist” he stressed.