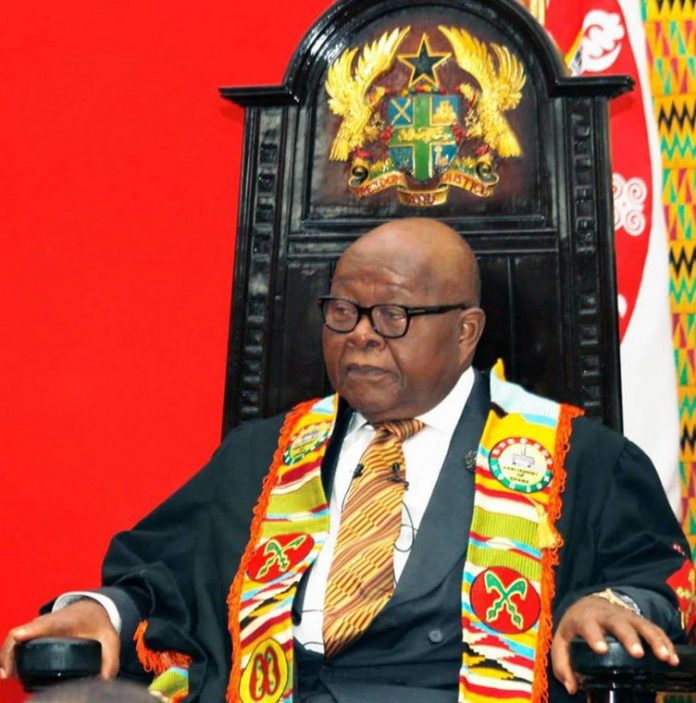 The media, he stressed, are welcome as a guest in the House and that Parliament will continue to support them to do their work.

He, however, maintained that once the plenary business is ongoing, media people should not go outside the Chamber to cover other activities.

He questioned whether journalists, who have been invited by any respectable chief from any part of the country to cover a programme at the palace, would abandon the distinguished chief to cover another event outside.

The Speaker was responding to criticisms on Thursday following a directive he gave on Wednesday to members of the Parliamentary Press Corps (PPC) that they cannot leave the Chamber of Parliament while the business of Parliament is ongoing.

Majority leader Osei Kyei-Mensah-Bonsu had complained about the media walking out of the Chamber to grant interviews to individual MPs during the debate on the President’s State of the Nation address.

The complaint drew the displeasure of the Speaker who noted that the media’s presence in Parliament is by his permission.

He warned that the media are guests in Parliament and if the incident repeats itself they will become unwelcome guests.

The directive was, however, denounced variously leading to the Ghana Journalists Association (GJA) issuing a statement condemning the directive as an attempt to gag the media in Parliament.

Speaker Mike Oquaye said, “We are Ghanaians. If any respectable Chief in any part of our country; north, south, east, central or west has invited media to cover an event at the palace.”

“Can you imagine if there should be some people outside the palace, opposite doing something else, the media abandoning the distinguished chief and then going to cover that event and rather abusing the Omanhene, chief, Nii, Togbe or Nana.”

“What will Ghanaians think? This is what we are talking about. Our democracy is young. Let us learn and let’s all responsibly help to develop it.”

He stressed, “Everyone who has been brought up in Ghana knows such conduct in a chief’s house will not be proper. So will it not be proper in the House of Parliament.”

The Speaker touted his support for media freedom since 1967 and stressed that he has consistently stood by his commitment to this freedom.

He averred that the historic lecture that broke the infamous ‘Culture of Silence’ and delivered by Professor Adu Boahene was written with his help to liberate the media.

According to him, the media needs to be developed and strengthened on the right pathway giving how young Ghana’s democracy is.

“We are for them but they are our children. We must also help them and direct them to develop. That is a national duty. No group of people is beyond criticism so let us do our reportage professionally,” he advised.