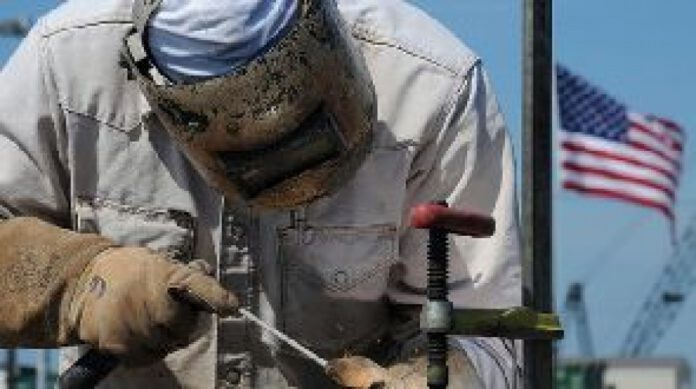 The figure, from the Bureau of Labor Statistics, compares with December’s rise of 157,000, revised up slightly from last month’s first estimate.

However, average pay barely rose, and the number of people working part-time but looking for full-time work rose.

Even so, the jobs growth suggests that new president Donald Trump has inherited a stronger jobs market.

He has promised to to create 25 million jobs over 10 years to become “the greatest jobs president… ever”.

President Barack Obama’s term from January 2009-17 saw the number of people with jobs increase by 11.25 million.

The job gains in January occurred in retailing, construction, and financial activities.

The number of unemployed people at 7.6 million was little changed. The unemployment rate edged up slightly to 4.8% from 4.7% in December, but this was due to more people looking for work.

The percentage of adults working or looking for jobs increased to its highest level since September.

Mohamed El-Erian, chief economic adviser at Allianz, in California, said: “Continued strong job creation is tempered by the renewed sluggishness in wage growth, raising questions once again about the extent to which the functioning of the labour market has evolved.

“The sluggish wage growth will make the [Federal Reserve] more cautious about hiking [interest rates] in March,” he said.

As a US presidential candidate, Mr Trump frequently argued that the government’s jobs data exaggerated the health of the economy.

He called the unemployment rate a “hoax” and said it declined after the recession under Barack Obama mainly because many Americans stopped working or looking for work.