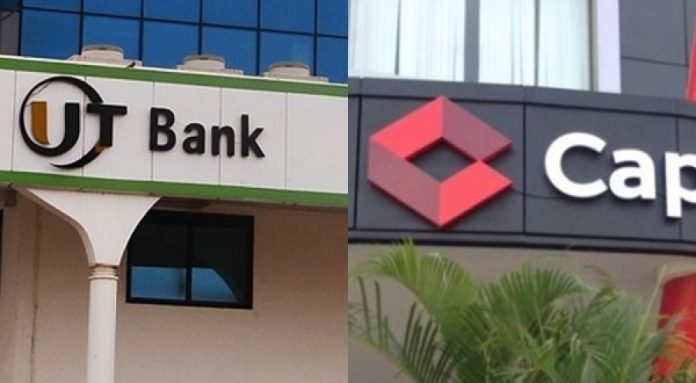 Following the development, there have been reports customers rushed to branches of the bank in an attempt to check on their accounts.

The Head of Banking Supervision at Central Bank, Raymond Amanfu however indicated that there had been no panic withdrawals so far.

“Reports I have did not show any panic withdrawals, we have some customers still depositing with the two banks so I think the overall report is positive.”

He explained that the Central Bank was left with no option than to authorize the GCB to take over the two banks adding that the move will yield “maximum benefits.”

He further clarified that the IMF was not pushing the Central Bank to take such a move, saying “we must understand that we have taken a step which was re-echoed and reemphasized by the IMF so let us not give the impression that it is the IMF that is pushing this down our throat.”

Meanwhile the Bank of Ghana has revealed that it has also ‘revoked the Licences of UT Bank Ltd and Capital Bank Ltd.” explaining that “this action has become necessary due to severe impairment of their capital.”

The remaining assets and liabilities of the two banks will be realized and settled respectively through a receivership process to be undertaken by Messers Vish Ashiagbor and Eric Nana Nipah of PricewaterhouseCoopers (PwC).

According to the central bank the main offices and branches of UT Bank and Capital Bank will be under the control of GCB bank and will be opened at 1pm today for normal business transactions.

The Ghana Stock Exchange (GSE) has also suspended the listing status of UT Bank following its collapse and subsequent takeover by GCB.

The GSE noted that the suspension had become necessary due to the revocation of UT Bank’s licence by the BoG.

The GSE also indicated that UT Bank has failed to publish its financial results since the end of its financial year December 31, 2015.