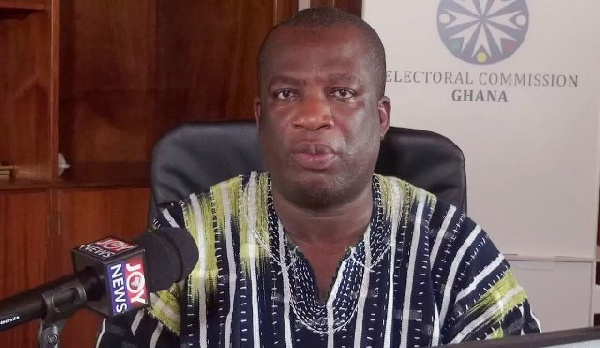 The Electoral Commission has said it is unfortunate that every opposition party thinks the Commission is in bed with the government.

EC’s Director of Electoral Services, Dr. Serebuor Quaicoe, said it is strange that when political parties are in power, they seem to support the Commission but quickly turn against the EC when they lose elections.

“We stand for Ghana and I can assure anybody that under no circumstance should a decision of Ghanaians be hanged by the EC. The EC cannot and will not ever change it. It is not possible,” he said.

Dr. Quaicoe made the comments at the 2nd National Delegates Conference of the All People’s Congress (APC).

He assured the public that the elections management body will never influence elections in favour of any political party.

Opposition National Democratic Congress has warned that the country is likely to be thrown into deep chaos.

The party explained that it will do all they can to resist any form of malpractices and show of bias against them by the Electoral Commission.

The party’s position comes on the back of what NDC insists is the abysmal performance of the EC during the referenda last year where allegations of widespread malpractices were reported.

The NDC has also in recent times fought fiercely against some of the decisions of the Jean Mensa-led EC, accusing EC, for instance, of poor judgment in the just ended compilation of a new electoral roll.

The NDC and the governing New Patriotic Party (NPP) are the main contenders in the upcoming general elections on December 7, 2020.