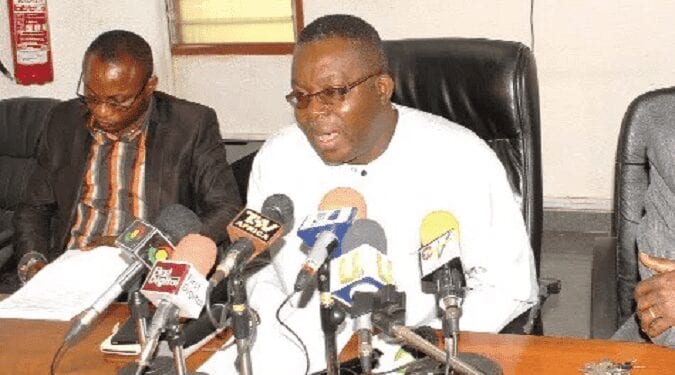 The National Association of Graduate Teachers (NAGRAT) has asked the Ghana Education Service (GES) to immediately reverse its directive of asking authorities at Achimota School to admit a Rastafarian student.

After the issue of the rejection of two Rastafarian students who were placed by the computer schools selection and placement system (CSSPS) at Achimota School came to the fore, the Director General of GES, Professor Kwasi Opoku-Amankwa directed the school’s authorities to admit the students.

“So you cannot say that you will not admit someone on the basis of the person’s religious beliefs and so we have asked the head to allow the children to be in school,” he said in an interview with Daily Graphic.

But at a news conference in Accra, President of NAGRAT Angel Carbonu said if GES fails to reverse the directive, his members will join their colleagues in the school to take a series of actions.

We have no option than to solidarise with our teachers in Achimota [School] and in any other school,” he said.

Mr Carbonu wondered why the GES did not allow the parents of those students to go to court as they threatened before coming out with their directive.

“Any court case that will rise from this matter, NAGRAT will attach itself as an interested party in that court case because it will not serve our interest to limit this to rasta.

“The issues have to be expanded to encompass the adherence to rules and regulations in senior high schools. And if the senior high schools do not have the right to make the laws, rules and regulations for their students let the court so rule and if that happens we will also come to the society and let you know how we are going to apprise our selves to that court rule.”