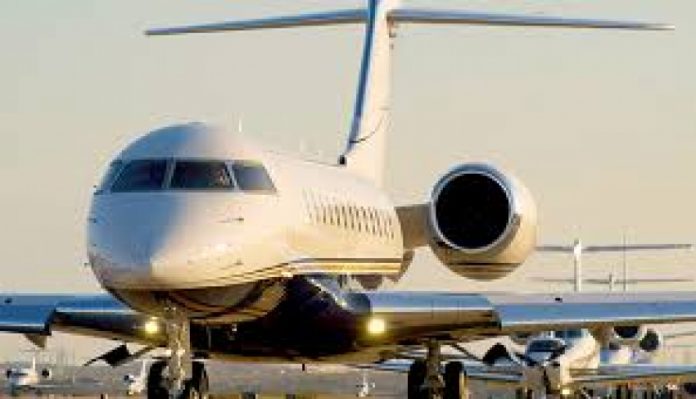 However, with the huge investments in on-ground infrastructure, investors with the capacity to render domestic air services are being encouraged.

“We are also in negotiation with the domestic airlines to begin using the idle airports at Ho and Wa.  With the coming onstream of PassionAir, we have also directed the Ghana Civil Aviation Authority (GCAA) to ensure that all measures are taken to enable the other local airlines which have applications before us – such as BabyJet, Ashanti Air and Unity Air – also become operational before end of the year,” Mr. Adda said at the 6th Annual General Meeting of the Ghana Airports Company Limited held in Accra.

The Ho and Wa regional airports are both ready for use, but there are currently no airlines servicing them.

Terminal 2 of the Kotoka International Airport was recently expanded to cater for the growing traffic. The arrival-hall of the facility was expanded, lifts deployed, additional baggage carousels installed, and check-in counters of airlines increased. This has created more than enough room for more domestic operators.

The Chairperson of Ghana Airports Company Limited’s (GACL) Board of Directors, Ms. Oboshie Sai-Coffie, speaking at the company’s 6th AGM urged governments on the continent to “remove counterproductive taxation systems” in order to grow aviation and harness its benefits on the continent.

Ms. Sai-Coffie said: “Africa’s potential remains massive, but until major stakeholders like governments and corporations like ours recognise the wider benefits that an efficient aviation system can bring – with its impact on economic development – that persistent decline over the last decade situation will continue. An important first step would be to remove counterproductive taxation systems, but much remains to be done on the essentially protectionist regulatory front”.

She noted that Aviation in Africa currently provides US$72.5billion in economic activity and 6.8 million jobs, but Africa’s proportion of the global tourism industry is receding – as the continent’s share shrunk from 4.8% of global arrivals and receipts in 2006 to 3.3% in 2016.

IATA predicts air travel growth in Africa will outpace all other regions of the world over the next 20 years, albeit from a much smaller base. Positively, IATA expects 8.0% growth in demand; slightly outpacing a capacity expansion of 7.5%.

“Here in Ghana, we are fortunate to have the support of government, which through the 2017 budget removed the 17.5% VAT on domestic airfares to make domestic travel more affordable. I am happy to note that as a result of this policy intervention, there has been a notable increase in domestic passenger throughput,” she added.

Ghana Airports Company Limited (GACL), the state-owned airports operator, posted a profit before tax of GH¢87million for the 2017 financial year.

The amount was however 43 percent lower than that recorded last year – a situation the company’s Managing Director, Mr. John D. Attafuah, attributed to operational cost and currency exchange losses.

“The company continues to operate profitably with a performance of about GH¢87million profit before tax, which is lower by 43% compared to the previous year. Essentially, operational cost and currency exchange losses attributed to lower profit,” Mr. Attafuah said.

The company’s financial position recorded further improvement of growth in the balance sheet size and quality of infrastructure.

Total non-current assets increased by 19% to GH¢6.4billion – up from GH¢5.4billion in 2016, driven by the increase in property, plant and equipment.

“Despite uncertainties and challenges with the macroeconomic situation in 2017, most of which were out of the company’s control, management is confident that the completion of Terminal 3 will create opportunities for further growth in the business,” he said.

Mr. Attafuah, said: “The increase was as a result of removing the Value-Added Tax (VAT) component from domestic air fares in the first quarter of 2017. Promotional fares introduced by some airlines in 2017 further enhanced passenger numbers”.

The growth of 5.6% was on account of increased exports in the reporting year as demand for non-traditional exports improved.