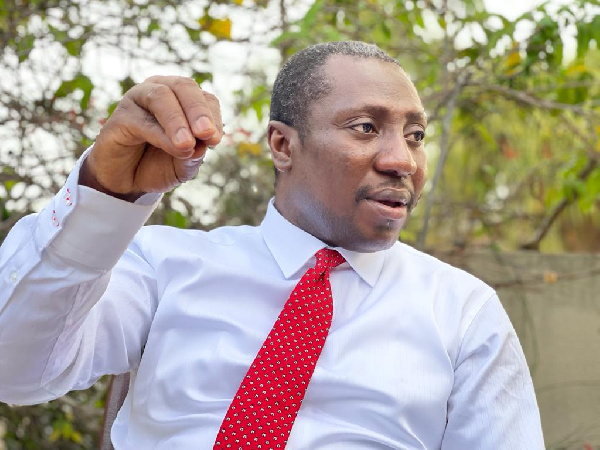 It has come to the attention of the Honourable MP for Effutu, Alexander Kwamena Afenyo-Markin, that some unscrupulous elements have made posters with his 2012 campaign poster claiming that the Deputy Majority Leader seeks to be running mate in 2024.

These posters in circulation purporting to suggest that the Deputy Majority Leader, Alexander Kwamena Afenyo-Markin, seeks to ‘run’ for the running mate to the party’s presidential candidate in 2024 is an invention of people with ill-motives.

Ignore the said posts. The Effutu MP has no intention to seek for such a position, let alone sanction such posters. In any event, is running mate a position to contest for?

Treat such posters with the kind of contempt they deserve. Afenyo-Markin is focused on strengthening the party’s base in Parliament and has no intention to run for the running mate position of the NPP in 2024.

These posters are coming from mischief makers for reasons best known to them. His focus is how to make the party strong in Parliament. Treat the posters with disdain!