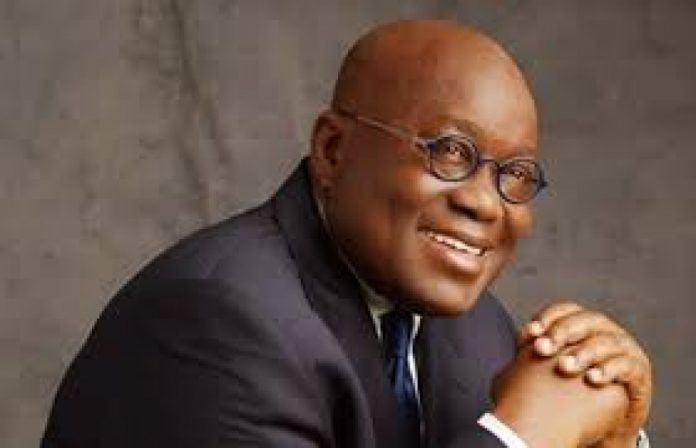 The President, they noted, will destroy the Ghanaian economy if the public does not intervene with the way the NPP government wants to manage it.

The government in its 2017 Budget Statement and Economic Policy gave indication that it will slash all statutory funds by 25% to finance the one-district-one-factory and free SHS policies.

It has therefore introduced the Earmarked Funds Capping and Realignment Bill, 2017 to that effect.

But Parliament on Friday, March 24, 2017, put on hold the Bill which is aimed at freeing up public resources by placing a cap on the specified Earmarked Funds to ensure that tax revenue burdened by those Funds as a result of allocations to them does not exceed 25% of total revenue.

This means that the 7.5% of all total revenue of the country which goes to the District Assemblies Common Fund (DACF) will be slashed down to 5% if the Earmarked Funds Capping and Realignment Bill, 2017 is approved and implemented.

Similarly, all other statutory funds and internally generated funds (IGF) of the Ministries, Departments and Agencies (MDAs) will be slashed down accordingly following the passage and implementation of the Bill.

For instances, the Ministry of Foreign Affairs and Regional Integration has projected to collect the sum of GHc149, 831,338.93 as IGF from its mission operations abroad this year.

But the 2017 budget statement allows the Foreign Affairs Ministry to retain GHc51,570,645 of the total IGF projection for the year, according the new IGF policy instituted by the Finance Ministry.

This is in sharp contrast of the 100% given to the Ministry over the years.

Foreign Affairs Minister, Madam Shirley Ayorkor Botchwey commenting on the said policy on the floor of the House, Thursday, March 23, 2017, described the situation as very worrying.

Despite the capping on statutory funds and IGF of the MDAs, the government has earmarked a whooping amount of money totally GHc1,560,926,672 for the services of the Office of Government Machinery.

This, the minority contends is a recipe for disaster if Ghanaians do not rise up to stop the President with this austerity measure and the allocation of huge amount of money to manage his office.

Former Deputy Minister of Finance and Ranking Member of the Finance Committee of Parliament, Cassiel Atto Forson, in an interaction with some journalists with the Parliamentary Press Corps on behalf of his colleagues, Monday, said the decision of the government if allowed to be implemented, will have dire consequences on the Ghanaian economy, noting that the 2017 budget is a deceptive one.

“If care is not taken, we are going to see a new scenario where the banks are saying a lot of government contractors not getting paid and therefore, they [contractors] are not servicing their debt. There is a likelihood that we are going to see a lot on non-performing loans in the banking sector,” Hon. Atto Forson, who is also the MP for Ajumako-Enyan-Essiam, warned.

He argued that the Bill if passed and implemented will see the Minister of Finance taking over the IGF by the MDAs to finance the government’s priority projects like the one-district-one-dam to the detriment of those government agencies.

In his view, the 25% cap on statutory funds such as the District Assemblies Common Fund would affect the release of funds to contractors handling various government projects.

The Finance, William Ken Ofori-Atta who laid Bill, told the House that the intent of the Bill to address rigidities and imbalances in public expenditure.

He further told the House that the Bill if not passed into law will affect the government’s financial plans.