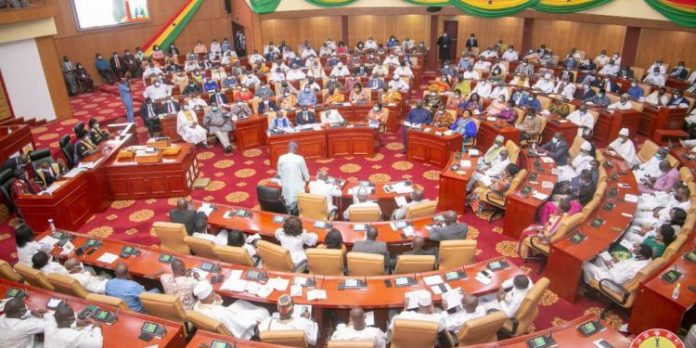 A private member’s bill filed in October 2021 by the New Patriotic Party MP for Akim Swedru constituency in the Eastern Region, Kennedy Osei Nyarko, has hit a snag at the constitutional, legal and parliamentary affairs (CL&PA) committee a year after the House referred the proposed legislation.

The bill seeks to amend Section 16(2) of the Citizenship Act 2000 (Act 591), which disqualifies dual citizens from holding specified offices in Ghana.

Restriction in the law
The provision in Section 16(2) states: “Without prejudice to Article 94(2)(a) of the constitution, no citizen of Ghana shall qualify to be appointed as a holder of any office specified in this subsection if he holds the citizenship of any other country in addition to his citizenship of Ghana.”

The specified offices are subsequently listed in the provision as “(a) Chief Justice and Justices of the Supreme Court; (b) Ambassador or High Commissioner; (c) Secretary to the Cabinet; (d) Chief of Defence Staff or any Service Chief; (e) Inspector General of Police; (f) Commissioner, Customs, Excise and Preventive Service; and (g) Director of Immigration Service”.

The rest are “(h) Commissioner, Value Added Tax Service; (i) Director General, Prisons Service; (j) Chief Fire Officer; (k) Chief Director of a Ministry; (l) the rank of a Colonel in the Army or its equivalent in the other security services; and (m) any other public office that the Minister may by legislative instrument prescribe”.

Dribbling nationality rules
The private member’s bill and the pending work of the CL&PA committee has come in for scrutiny following an article by the Ghanaian stateswoman and journalist Elizabeth Ohene, which was published on www.bbc.com.

In the article, entitled “Ghana football – how to dribble around nationality rules”, the writer says: “The definition of a Ghanaian is very strict for those wanting to qualify to stand as a member of parliament. If you have ever carried a passport or national identity of any other country apart from Ghana, be ready to be subjected to long scrutiny in the courts.

“An MP once not only lost his seat, but was even jailed because he could not prove he had renounced a previous British citizenship before he filed his papers to be elected into parliament.

“A current MP has just been cleared by the High Court and deemed to have been legitimately elected, after almost two years of litigation, as the court found she had renounced an earlier Ivorian citizenship.

“Yet another MP is still struggling to be allowed to stay on after a court found he had not renounced his Canadian citizenship before standing and getting elected.

“Supporters of the Black Stars celebrating the victory of the team and yet, look at what is happening in Qatar, where carrying the passport of another country poses no hindrance to wearing the Ghana colours and playing for the Black Stars.

“Ghanaian fans are praying the Black Stars defeat Uruguay on Friday to make it through to the next round. Indeed, you do not need to have been born in Ghana, ever visited the country or speak any of the languages.

“If you play good football and catch the eye of the Ghanaian coach, that is quite enough, as long as you have some ancestral tie to the country.

“We do not have the money to lure athletes to change their nationality to compete wearing our national colours as some Middle Eastern countries are able to do.

“But years of travel by Ghanaians have ensured that there are generations of young people around the world who can claim a link to Ghana through their parents, grandparents, uncles or aunts.”

The bill further states: “The constitution does not authorise Parliament to abridge the rights of citizens. This bill restores full and equal citizenship status to dual citizens.

“Through these amendments, Parliament seeks to affirm that whatever their inequalities of wealth, status, and power in the everyday activities of civil society, citizenship gives everyone the same status as peers in the political public.

“A blanket disqualification of citizens from holding public office merely because they have acquired another citizenship imposes excessive burden on citizens and effectively creates fractional citizens” the Bill further reads.

Committee’s work
The constitutional, legal and parliamentary affairs committee since October 2021 was expected to give consideration to the bill and present a report to the plenary for debate if its recommendation is for the bill to be adopted.

Should the committee fail to recommend adoption of the bill, it will automatically become moot.

A year and a month after the committee was tasked by the plenary to exercise its oversight duty, it is yet to present its finding to the plenary.