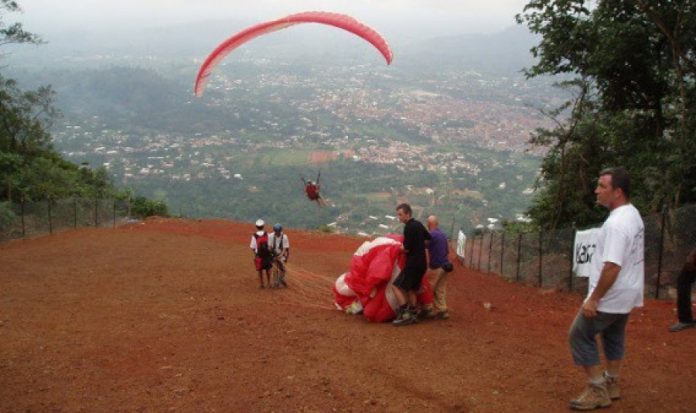 “It is not political talk,” Minister of Tourism, Culture and Creative Arts Catherine Afeku said on Friday, April 14, when she launched this year’s paragliding festival. According to her, discussions of roping the locals in on the festival came up during government’s interactions with the expatriate pilots.

The Evalue-Gwira Member of Parliament said the two Americans said all that they need is a football-size pitch of land to serve as a landing and takeoff pad with a training school building erected around it. Training will need 100 hours of flight, Mrs. Afeku quoted the professional pilots as saying, “for it to be done”.

She said the chiefs and people of Kwahu Atibie have also expressed commitment to such a laudable idea and have promised to lease land for the project.

Speaking in an interview with TV3, the Tourism Minister also gave a firm assurance that the road leading to the Odweanoma Mountains, where the paragliding takes place, will be tarred in fulfillment of demands by the people of Kwahu Atibie.

“We have a Roads Minister who is from this region. He has assured us that by the next paragliding, we will have bitumen [on the road].”

She was particularly happy with the pilot training school project, stressing it will open up business in the area.