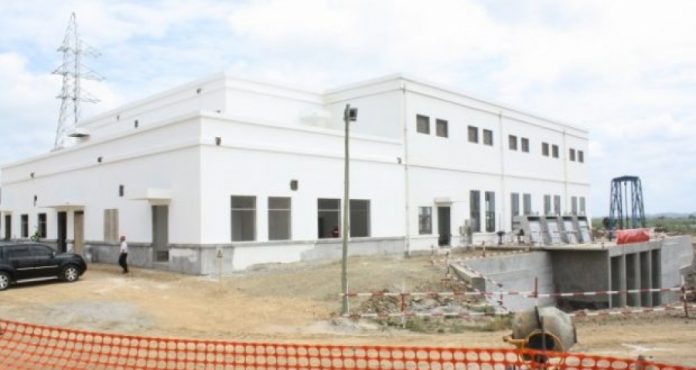 Abengoa, operators of the plant signed an agreement with AquaVenture Holdings to transfer 56 percent of its shares in the plant, worth about 26 million dollars.

The Teshie Desalination Plant was shut down in 2017 for a renegotiation of the contract with government, which is believed to be costing Ghana 6 million cedis monthly.

The plant, which has reverse osmosis technology, commenced operations in 2015.

It has the capacity of producing 60,000 m3/day of water, sufficient for 500,000 residents within the Greater Accra region.

Per the new contract with AquaVenture Holdings, the base price for Abengoa’s interest in BDDG, which is 26 million dollars is subject to some completion adjustments.

The transaction, which is expected to be finalised by the second quarter of 2018, will be effective once conditions precedent are met.

The conditions include the renegotiation of the water purchase agreement with Ghana Water Company Limited (GWCL) or the receipt of required consents from BDDG’s lenders.

Other sales by Abengoa

Abengoa recently announced the sale of 25 % of Atlantica Yield, the Norte III combined cycle in Mexico, its European bioenergy business to Trilantic Europe, as well as its subsidiary Abentel to Ericsson.

It is also planning to offload its participation in the thermosolar plant Shams-1, located in the United Arab Emirates, the Campo Palomas wind Farm in Uruguay, and its stake in Yoigo, among other divestments.

These offloads are reportedly part of the company’s efforts to restructure itself financially.

AquaVenture is a multinational provider of Water-as-a-ServiceTM (‘WAASTM’) solutions that provide customers a reliable and cost-effective source of clean drinking and process water primarily under long-term contracts that minimize capital investment by the customer.