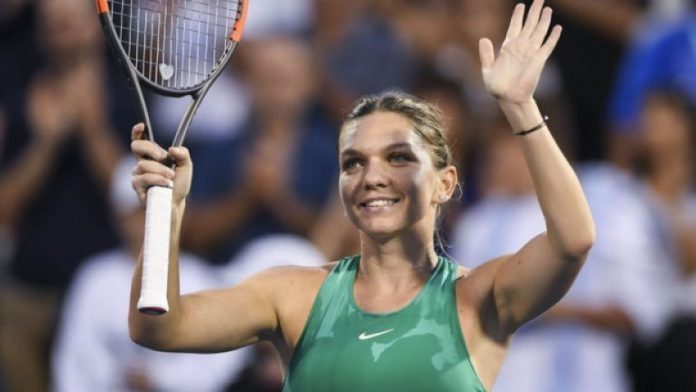 Halep, the reigning French Open champion and 2018 Australian Open runner-up, had a bye through to the second round, meaning she heads to Melbourne Park for the opening Grand Slam of the year with just one game under her belt.

“It was a great match after almost four months (since the last one). I think I played a good level of tennis but I had no inspiration in some important points,” she said.

“She played really well and deserved to win. But I was also very close to winning.

“No pain at all, that is a great sign,” she added of her back. “The tennis is good, I just have to believe in myself more.”

Barty, who ended a breakthrough 2018 with a WTA title in Zhuhai and is now ranked 15, brought the momentum into the new year and is now in the quarter-finals, where she will meet either Belgian 10th seed Elise Mertens or Estonian Anett Kontaveit.

She had already accounted for another French Open winner, Jelena Ostapenko, in the opening round and had an extra gear against Halep, breaking serve twice to win the first set.

– Nothing to lose –
Halep, without a coach after splitting with Darren Cahill who wanted to spend more time with his family, was first to break in the second set and had a chance to hold for 5-3.

But Barty was undaunted, using her signature court craft to break straight back and secure victory two games later.

“It was extremely difficult conditions, very swirly down at court level. So I figured if I’m going to play Sim anytime, and it’s her first match, it was now. I was very happy to make the most if it,” said Barty.

“I had nothing to lose out here so I just came out and played with freedom. I believed I could win.”

Earlier in the week, Halep admitted the back injury that ended her 2018 season early was “very scary”.

The early finish to 2018 was a disappointing end to a spectacular season, which saw the 27-year-old secure the year-end number one ranking for the second year running.

She narrowly escaped defeat in the first round, and slumped out to Kazak qualifier Yulia Putintseva 3-6, 7-6 (7/4), 6-0, meekly surrendering in the final set.

In other matches Wednesday, Switzerland’s Timea Bacsinszky beat Australia’s Sam Stosur 5-7, 6-4, 6-3 and will meet Aliaksandra Sasnovich of Belarus in the last eight.

In the men’s draw, third-seeded Argentine Diego Schwartzman booked his place in the quarters by beating Spain’s Guillermo Garcia-Lopez in two sets. He will next face Japanese qualifier, Yoshihito Nishioka.