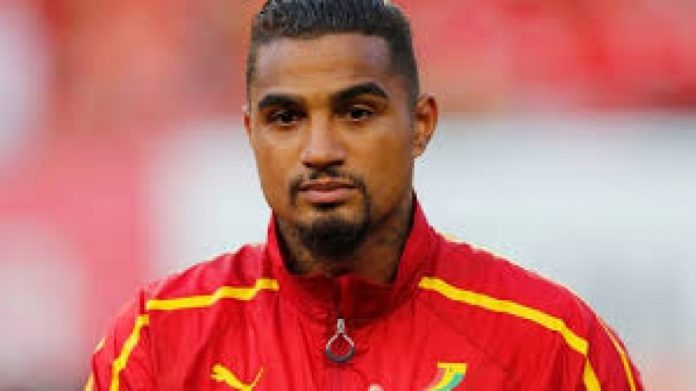 Former Ghana international Sola Ayew wants suspended Kevin-Prince Boateng called back to the national team if he is deemed necessary to help the Black Stars at the upcoming Africa Cup of Nations.

The new Barcelona signing has been away from national duty following an indefinite suspension for “insulting” coach James Kwesi Appiah at the 2014 Fifa World Cup in Brazil.

According to Ghana Football Association, the forward must officially apologise for the incident before a recall could be considered.

“I continue to say that we should call Kevin-Prince Boateng because we don’t need pastors or imams to play football,” said Ayew, as reported by the Ghana Guardian.

“We should put our differences away and manage him.

“Who told you that footballers [are to just kowtow to everything]?

“If he will help us to win the Afcon, let us bring him.”

Ghana coach James Kwesi Appiah has said that he is ready to hand Boateng a recall ahead of the 2019 Afcon should he apologise.

Born to a German mother and a Ghanaian father in Berlin, Boateng switched international allegiance in favour of the Black Stars in 2010 after playing for Germany at youth level.

The Black Stars are hoping to make a statement at the continental showpiece which they won last in 1982. The 2019 Afcon is scheduled to run between June 20 and July 19.