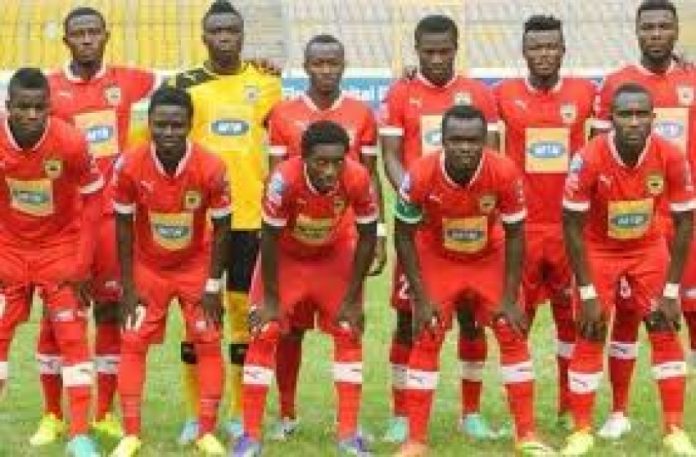 The Kumasi giants, who are the only Ghanaian side participating in a Caf inter-club competition this season, have reached the group stage of the Caf Confed. They will open their campaign against Al Hilal in Sudan this weekend.

“There is an iota of truth in the rumours that we want to support Kotoko with some funds but I cannot confirm it now, ” Amoah said on Atinka FM

“The clubs that qualify to Africa have a huge financial burden and so we want to create some funds to support them just like the subsidy to cocoa farmers in Ghana.

“We are still on the deliberation table so when we firm up a decision, the Normalisation Committee will come out with it for everyone to know what the package will entail for Kotoko and other clubs in the future,” he added.

Amoah also refuted reports that the Normalisation Committee has officially written to Fifa for a mandate extension as their term of office expire on March 31.

“Fifa gave us six months and we are trying our best to complete our task within this time. However, it was after we began the job that we realised the enormity of work. By March 31 we will submit our report to Fifa and brief them where we have reached. We have not requested any mandate extension so whatever Fifa decides we will follow it,” he said.