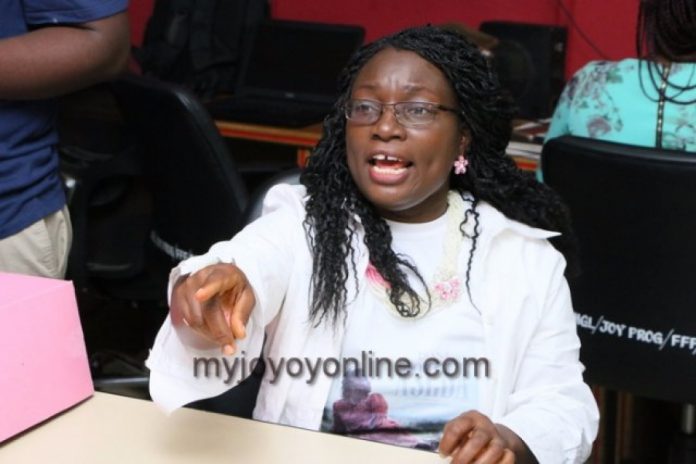 According to her, the passage of the bill will also check the importation of foreign materials which are somewhat harmful to the public.

She said the passage of the bill will guarantee “a 65 or 75 percent control of media content in the country”.

Speaking on Joy FM Friday, the former president of the Musicians Union of Ghana (MUSIGA) said she’s alarmed at the increasing rate of suicide, blaming it on what she describes as the importation of foreign materials.

Over 25 years experiance in the gospel music industry, Mrs. Hopeson said “Africans must continue to uphold their moral values” adding that, “we shouldn’t think that if a child is able to speak his mind, that’s human rights. I don’t believe in that.”

She added that “with technology, you don’t have to do CDs, you get people downloading. So things have changed.”

Mrs. Hopeson, formerly called Diana Akiwumi, however, encouraged up and coming musicians to use indigenous rhythms in their song compositions.

She didn’t mince words when she expressed her excitement at the rise of more young, energetic, spirit-filled men in the gospel industry, explaining that it’s a sharp contrast to the 1990s where more women dominated the gospel industry.

Answering a question on her take with happenings in the current Bice Osei Kuffour (Obour)-led MUSIGA, she said, “we always want to see things better so there’s more room for improvement. We need to do more. But kudos to Obuor and his team for the work done so far.”