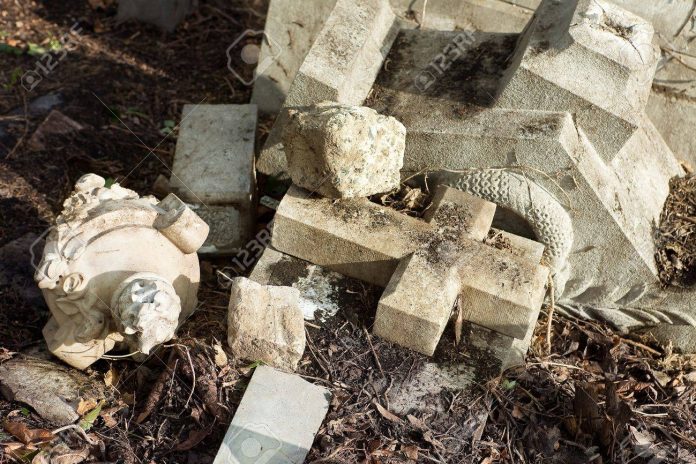 Chiefs of Gomoa Fawomaye in the Gomoa West District of the Central Region have issued a one-week ultimatum to a police officer who exhumed 10 corpses from the Gomoa Fawomaye Cemetery to return the bodies.

According to the angry Chiefs, unless the police officer, Superintendent Robert Cobby from Gomoa Kyiren, returns all the dead bodies, they will demonstrate and drag him to court.

The Chiefs issued the ultimatum at a press conference addressed by the Odikro of the area, Nana Okofo Kwakye Abeka Acquah III.

He indicated that the officer who is not an indigene approached the elders and requested a particular piece of land for a project but was told the land being asked for is a cemetery and would therefore not be available for development.

According to him, the next day the Chiefs noticed the Police Superintendent had invaded the cemetery with a number of thugs and demolished some of the graves.

Careful inspection of the defaced graves, he said, showed that about ten bodies and skeletons have mysteriously disappeared from their resting places.

Among the missing corpses, the Chiefs and elders said, were the bodies of some people who died recently in an accident.

They lamented that not only has the Police officer destroyed the only Cemetery the community depends on, but souls of the disturbed corpses could also haunt the community.

The angry Chiefs and elders along with the residents appealed to the Inspector General of Police (IGP) James Oppong Boanuh to cause the arrest of the Police Superintendent.

Meanwhile, Superintendent Robert Cobby has reportedly admitted taking the bodies but failed to assign reasons for his sacrilegious action.