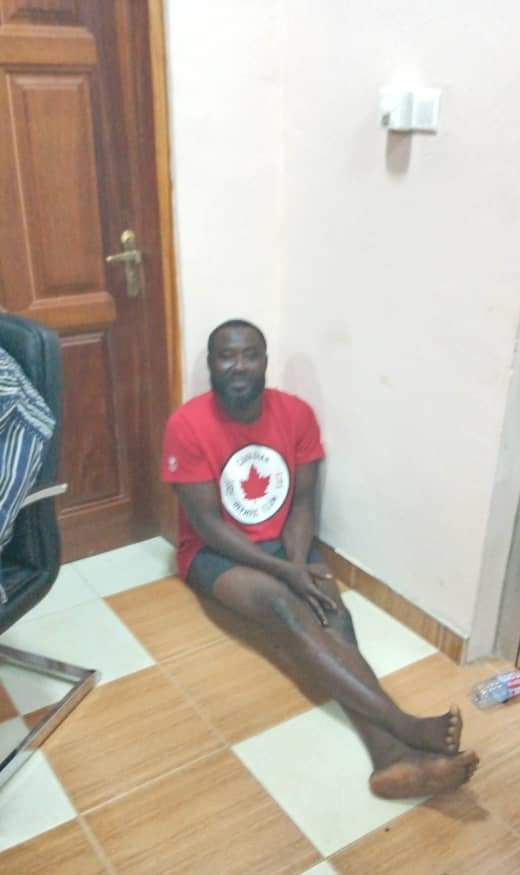 Kumasi-based vigilante group Delta Force has denied claims that one of the suspects in the kidnapping of the two Canadian girls is a member of the group.

Social media has been awash, since the rescue operation Wednesday, with suggestions that Ghanaian suspect Seidu Mba is a known member of the governing party affiliated group.

In a statement, Delta force said: “It has come to the knowledge of the Delta Force Group that one body builder in Kumasi, known in the airwaves as Seidu has been arrested by the Ashanti Regional police command in connection with the two Canadian girls kidnapped case, and he is being purported to be a member of our group.

“The Delta Force Group in the Ashanti Region would like to state unequivocally that the said culprit (Seidu), has never been a member of our group and he’s not part of us”.

At least eight persons were arrested in an operation to rescue the two kidnapped Canadian nationals in a suburb of Kuamsi.

The eight include five Ghanaians and three Nigerians, information Minister Kojo Oppong Nkrumah said at a press conference in the capital Accra.

Lauren Tilley and Bailey Chitty were rescued by Ghanaian police on Wednesday after being held hostage for a week.

“Five Ghanaians and three Nigerians are in custody for this incident. One suspect sustained injuries during the rescue operation. Victims have been flown to Accra. Preliminary investigations show they are fine and are receiving the necessary attention,” Information Minister Kojo Oppong Nkrumah told the media at a brief press conference on Wednesday.

“They were rescued at Kenyase in a Kumasi suburb. Doctors and psychologists are engaging the victims to give them all the necessary emotional and psychological support,” he added.