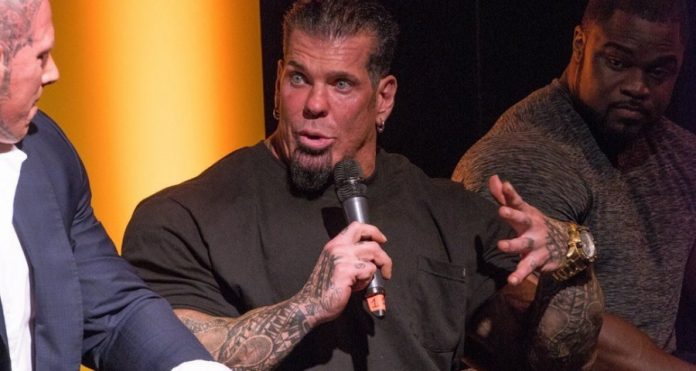 His estranged wife Sarah confirmed the news on Instagram.

She wrote: “I’m in tears writing this that @1dayumay has just passed away. I can barely believe this… I am so saddened & heartbroken that he didn’t make it.

“I just want to say THANK YOU Rich for teaching me so much about life, whether it was the easy or the hard way.”

Rich Piana, who was 46, was taken to hospital on 10 August after collapsing at home while having his hair cut by his girlfriend, Chanel Jansen.

She posted a photo of her holding his hand in hospital and thanking fans for their messages of support.

Rich Piana was a champion bodybuilder who won the Mr California title last year as well as various other competitions.

He had more than a million followers on Instagram, but in recent years he’d stopped competing and concentrated on building up his various businesses, including a nutrition firm.