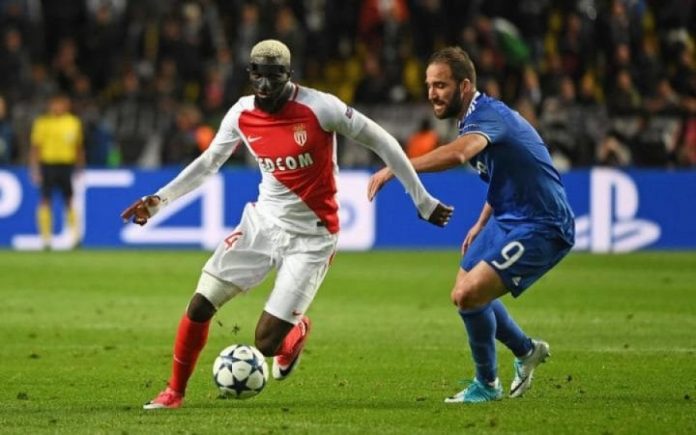 With a £35m deal for midfielder Monaco midfielder Bakayoko still being finalised, Chelsea have agreed to sign Rudiger for £30m from Roma and will step up negotiations with Juventus for £60m-rated Sandro at the beginning of next week.

Chelsea will also announce the free transfer signing of Willy Caballero to act as deputy to first-choice goalkeeper Thibaut Courtois now that his Manchester City contract has expired.

There is optimism Chelsea’s pursuit of Sandro, who Paris Saint-Germain are also interested in, could take a significant step forwards next week. With Juventus adamant he will not be sold for less than £60m, Chelsea will have to break their transfer record, which stands at £50m for Fernando Torres in 2011, to get the 26-year-old.

Chelsea have already banked around £62m from the sales of Juan Cuadrado, Asmir Begovic, Christian Atsu, Bertrand Traore and Nathan Ake this summer, and are now working hard to spend big.

Their entire summer outlay is likely to top £200m, with head coach Antonio Conte still confident of landing Everton striker Romelu Lukaku and a move for a second central defender, other than Rudiger, not ruled out.

Conte ideally wants two players for each position which means Chelsea could sign Rudiger, stick to their plan of loaning out Kurt Zouma, and still have room in the squad for another centre back after selling Ake and allowing John Terry’s contract to expire.

Virgil van Dijk and Leonardo Bonucci are Conte’s top central defensive targets, while Jerome Boateng is thought to be keen on a return to England.

But with deals for all three of those men likely to be difficult, Chelsea have moved for Rudiger to make sure they are not left short in defence when the season starts.

Rudiger’s agent travelled to England on Friday and Roma expect the 24-year-old to join the Premier League champions, following medical examinations next week.

Antonio Rudiger in action for Germany at the Confederations Cup

Chelsea acted quickly after the collapse of the proposed transfer of Kostas Manolas to Zenit St Petersburg earlier this week.

Having initially made a check on Manolas, Chelsea instead decided to use Roma’s need to sell players to comply with Financial Fair Play to move for Rudiger.

Chelsea have tracked the Germany international for some time and believe the player can be a good signing for the future and the present.

Rudiger is currently part of the Germany team preparing for Sunday’s Confederations Cup final against Chile and is happy to play anywhere across the centre of defence.

His arrival would give Conte the option of switching to a back four and restoring Cesar Azpilicueta to right-back.

Conte wants to build a squad capable of playing in at least two formations this season, as he attempts to guard against opponents working out his 3-4-3 approach.

That is why Sandro, who can play left-back, left wing-back and as a left winger is seen as such a valuable signing to the Italian.

Chelsea signed Marcos Alonso for £23m last summer and the Spaniard performed well at left wing-back, but Sandro is more versatile and is rated one of the best left-sided players in the world.

Director Marina Granovskaia has been in negotiations with Juve for the past week, but a further set of talks are scheduled for Monday which Chelsea hope could provide a breakthrough.

Conte had become frustrated at the lack of progress over signings, but will presumably be heartened that Chelsea appear to be closing in on some significant business ahead of the 47-year-old and his players returning for pre-season training on July 10.

The signing of Bakayoko could accelerate Manchester United’s £40m bid for Nemanja Matic, who Chelsea will reluctantly listen to offers for after failing to agree a new contract with the midfielder over the past 18 months.

Chelsea are also working on finding a resolution to Diego Costa’s future after Conte sent the striker a text saying he was not in his plans. Atletico Madrid want to re-sign Costa, but their transfer ban is not lifted until January.

Watford are understood to be interested in Chelsea’s 22-year-old midfielder Nathaniel Chalobah, who will hold talks over his future next week.