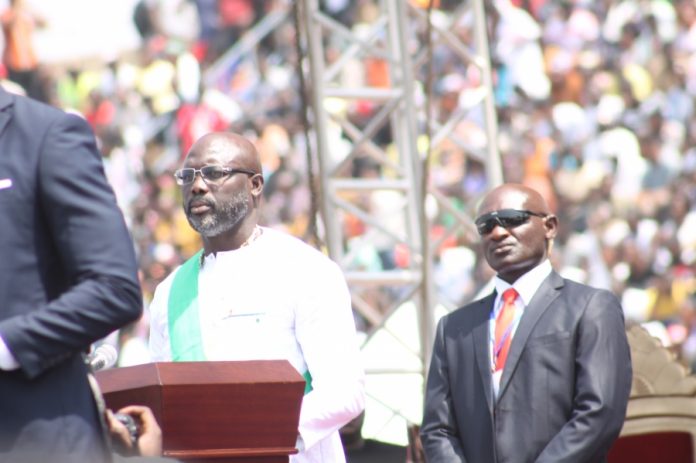 Speaking at his inauguration ceremony after swearing him in as the 24th President of the Republic, Mr. Weah said fighting corruption would be one of his priority and could say that he was voted into power because the citizens believes corruption has engulf the country and also on youth unemployment.

He said, as the President of the Liberia, he will see to the wages of the civil servants, and they will be paid well so that they will not use that as an excuse, and anyone caught of dipping his hand into the public will be punished including the politicians.

Addressing the gathering at the 35,000 capacity Samuel Kanyon Doe Sports Complex in Monrovia, President George Weah reiterate the point that his government is for the grassroots and the market women.

“I thank you all for making this dream a reality, market women, grassroots, your government has come. This is your government, it’s not a government for the high or middle class, it’s for you, and I will still need your support to govern this country”, he said.

On investments, the new President said, he is inviting both international and local investors to come to Liberia to invest to build the nation to match with its peers.