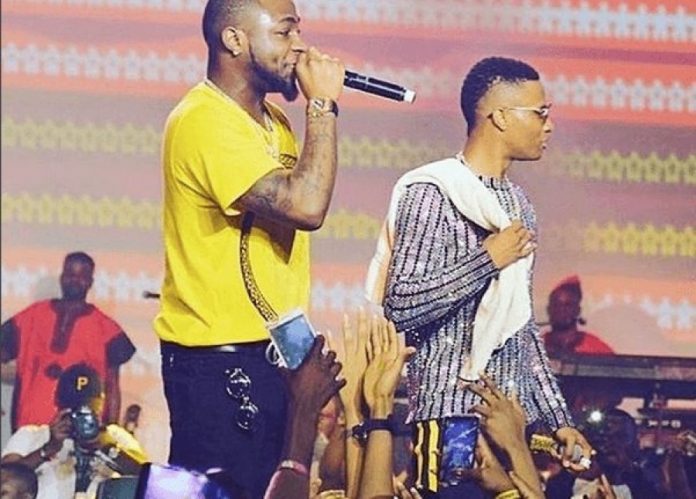 Both artistes reconciled during Wizkid’s concert which held at the Eko Convention Center in Lagos on Sunday night.

Wizkid made the first move by inviting Davido to share the stage and spotlight with him to the delight of the audience.

Both stars performed Davido’s hit track, Fia and it was such a beautiful sight.

This wowed fans as they were screaming to see them in a peace performance on stage. On Sunday, Wizkid debunked speculations making the rounds that he had an age-long beef with Davido.

He said, “I don’t dwell on things like that. Music is my focus, not rivalry. It’s all about making good music for me, and I believe that the sky is wide enough for all to fly.

“This year has been very great for me and I am thankful to God and all my fans. I have been very busy and it has been a roller coaster for me. I don’t take it for granted, and I will always put my best into all that I do. It is about showcasing Nigeria to the world in the proper light, and I am glad that there is now more focus on African music. There are indeed a lot of talents out here.”

It has been six longs years since Wizkid last staged a show in Lagos. This time, he decided to do one for the fans and it was a memorable experience for everyone.

Although it started late, the show began with Wizkid himself who insisted on being a preacher on the night, speaking to his fans and also singing.