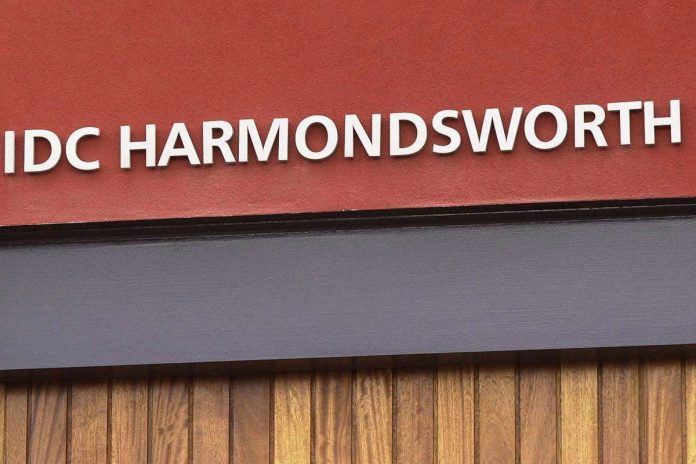 A group of detainees armed with “various weaponry” at a west London immigration centre caused a “disturbance” during a power outage in the early hours of Saturday, the Home Office has said.

No one was injured during the incident at Harmondsworth detention centre near Heathrow Airport, but the power was still out just before 9am on Saturday, according to the department.

The Home Office said in a statement: “There has been a power outage at Harmondsworth immigration removal centre, and work is currently under way to resolve this issue.

Home Office statement
“We are aware of a disturbance at the centre and the appropriate authorities have been notified and are on scene.

“The welfare and safety of staff and individuals detained at Harmondsworth is our key priority.”

The Metropolitan Police service and HM Prison Service are at the scene.

A Home Office spokesman also told the PA news agency: “A group of detainees left their rooms and went out into the courtyard area armed with various weaponry.

“Territorial Support Police were sent to the scene, and the power is still off.”

They added that none of the detainees had left the premises.