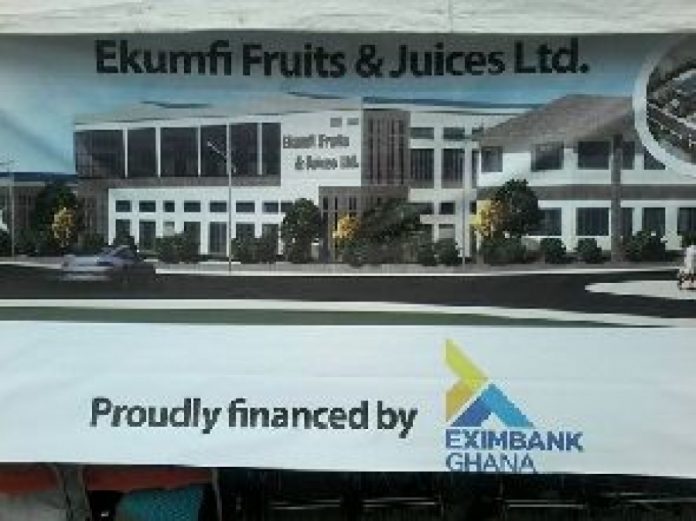 The land is to be used by pineapple outgrowers to feed the Ekumfi Fruit and Juice Limited, which is one of the initiatives under the programme.

Okyeame Adams Sanei explained the various clans in Ekumfi Abor agreed to give the land free of charge to the government to as their support to government for bringing the factory to Ekumfi district.

“So today we the chiefs of Ekumfi Abor are giving our land free of charge to government in order for our farmers to get job to do,” Okyeame stated.

He claimed the previous government disappointed them after it came for land for a project which never materialized.

Meanwhile, some outgrowers told Onua FM that they had a tough time getting buyers for their produce but very hopeful that the new factory will help solve that challenge.

They have appealed to government to give them financial support to enable them grow more pineapple to supply to the factory.