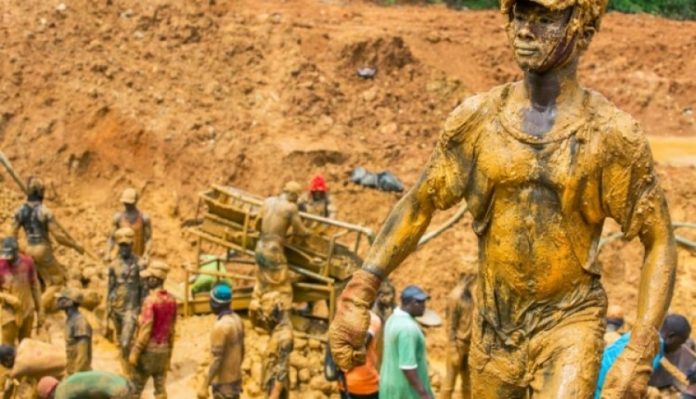 “…What I want the committee and the president to know is that the illegal mining that we have been talking about are carried out by Small Scale Miners,” he said Thursday December 28 at a ceremony to commission the secretariat for the Inter-Ministerial Committee on illegal Mining.

The Committee being chaired by Professor Frimpong Boateng, Environment, Science, Technology and Innovation Minister is tasked with the responsibility of implementing to the letter government’s strategy on combating the illegal mining menace the country is faced with.

Atse Badu continued “in the past we call it dig and wash. We use shovels and pickaxes for such activities. Those who went for concessions calling themselves small scale miners…they have introduced excavators into the system destroying lands and water bodies. I have evidence to prove what I am saying if anyone wants to challenge me.”

“People rush to communities claiming that they have permits to mind and the next day you see excavators all over the place…including the employing of Chinese people.

“When this fight against galamsey started has NewMont stopped work? Precious Mining have they stopped work? Why is it that when illegal miners were asked to stopped work it has affected small scale miners?

In its reaction however, the Small Scale Miners’ Association rejected claims that their members are the main brain behind illegal mining in Ghana.

Speaking Thursday December 28 on Starr Today National Public Relations Officer for the association Francis Opoku stated that they are operating under the laws of the land pertaining to mining thus the claims are false.

“The claim is purely unfounded and we should discard it,” he stated.