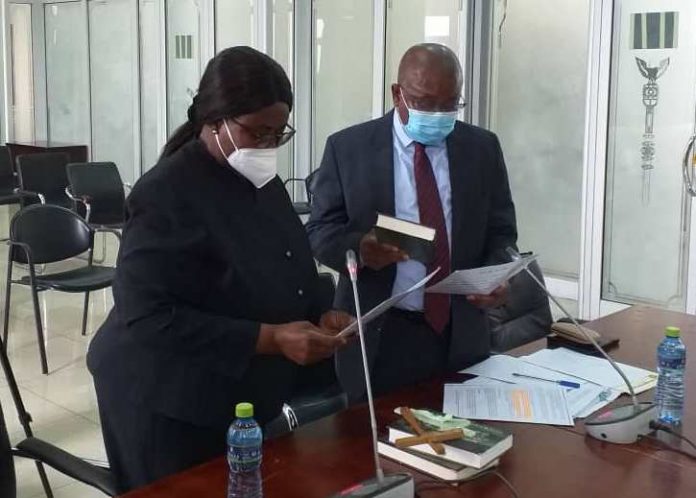 Minister for Health Kwaku Agyeman-Manu has disclosed that the agreement for the acquisition of the Russian Sputnik V vaccines has been terminated.

According to him, the Ministry was looking forward to acquiring the vaccines through the agents but they wrote on their own accord to abrogate the transaction after failing to honour their side of the bargain.

He stated, however, that the engagement with these agents have not led to any financial loss to the state because the Ministry has not made any payment for the purchase of the Sputnik V vaccines yet.

He added that though these agents were provided with Letters of Credit, they cannot draw any funds from the banks because the Ministry would have to give the banks specific directives for such disbursement.

Mr. Agyeman-Manu disclosed this on Thursday, July 15, 2021, when he appeared before the Ad Hoc Committee set to probe the acquisition of the Russian Sputnik V vaccines.

The Health Ministry, he said, was compelled to engage private vendors rather than manufacturers because Ghana was then experiencing a second wave and the need for the vaccines had become paramount.

He explained that private people like S.L. Global and Al Makhtoum were not part of the initial strategy but when the formal supply lines were cut abruptly, the need to find other suppliers became paramount.

He indicated that though Ghana had received a deliberate schedule from COVAX for the supply of doses of the AstraZeneca, just after delivery of the first supply India stopped export due to a spike in the country.

He said, “We made efforts to get all our vaccines from bilateral and multilateral institutions but immediately after India’s ban we had to look at other areas to take supplies.”

“The African Medicine Platform also announced to us that they could not supply from India and promised to supply vaccines sometime in August,” he stated.

The Ministry, he said, at a point was inundated by private vendors claiming to have the ability to get vaccines for Ghana adding, “I was uncomfortable but I imagined if all these private people say they can get the vaccines, then we can get it through these direct sources too.”

“That is what informed the Ministry’s decision to write to the Russian Direct Investment Fund (RDIF) and also engage the Foreign Minister to attempt to acquire the Sputnik V vaccines directly from the manufacturers,” he said.

Responding to the pricing and the fact that the US$19.00 Ghana attempted to acquire the vaccines was too high compared to the $10 being quoted in the media, the Minister explained that his team indeed bargained for a lower price but the vendors insisted on this price because of other logistics and services they promised to provide in addition.

According to him, the vendors pledged to bear the cost of transporting the vaccines to Ghana and also throw in some logistics including the syringes to be used for the vaccination exercise, which the Ministry thought was reasonable.

Hon. Agyeman-Manu admitted that the Attorney-General did advise the Ministry to seek Parliamentary approval because the agreement with Al Makhtoum was an international transaction.

He, however, explained that due to the dire state the country was facing with the virus at the time, the Ministry decided to go ahead with the transaction and then rectify it at the appropriate time.

He stated that now that the contract has been formally abrogated, the Ministry will look for new sources and also seek parliamentary approval in respect to any purchases.