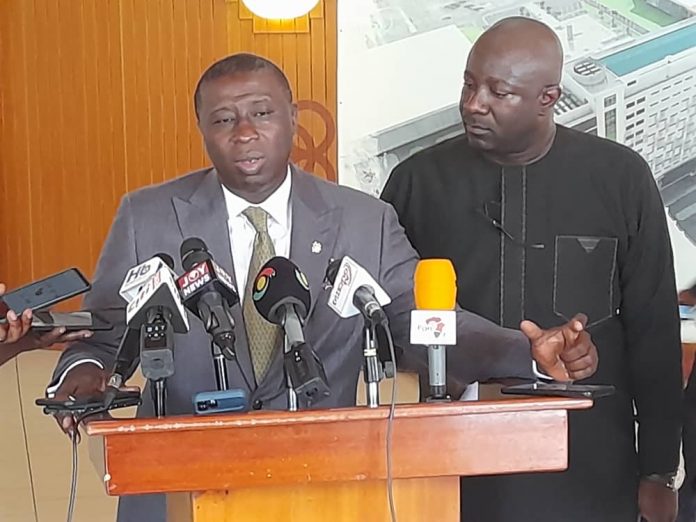 The MP for Okaikwei Central Constituency, Patrick Yaw Boamah has advocated for the removal of Ken Ofori-Atta as the Finance Minister.

At a press briefing on Tuesday, October 25, Mr Patrick Boamoah asserted that, if it requires Akufo-Addo to sack all his cabinet ministers and set up a new government, the MPs will support him.

“It’s a good call that as a concerned Majority, we want our government to succeed.

“So whatever it takes for the government to put in place the right measures, if it requires removing all the cabinet ministers and setting up a new government, we will support it”, he said.

According to the Okaikwei Central MP, the call to reshuffle the Finance Ministry is a good one if the Akufo-Addo-led government wants to succeed and break the cycle of eight per party at the helm of the country’s governance.

His call comes on the back of calls by some 80 New Patriotic Party (NPP) parliamentarians who are asking President Akufo-Addo to reshuffle the Finance Ministry.

The MPs at a press conference said if President Akufo-Addo does not heed to the call, they will not be present for the 2023 budget hearing and therefore, risk losing their support for government business going forward.

“If our request is not responded to positively, we will not be present for the budget hearing, neither will we participate in the debate,” Mr Appiah-Kubi, spokesperson for the Majority caucus and MP for Asante-Akim North constituency indicated.

They also urged President Akufo-Addo to remove the Minister of State in charge of Finance at the Ministry of Finance, Charles Adu Boahen.

Ghana is experiencing hard times with the country’s economic situation worsening by the day.

The local currency is consistently depreciating against the US dollar; accompanied by a corresponding rise in inflation amidst the country’s growing debt stock and unemployment challenges.

Meanwhile, the government is on the verge of finalising a deal with the IMF which it says will lessen the hardship in the system and make the economy more viable.