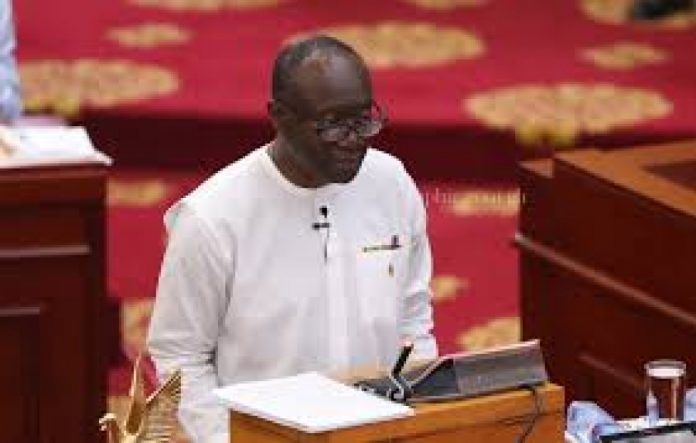 She said the Ministry has been collaborating with the Information Services Department, Ghana Education Service and other institutions at the district level to distribute the translated budget copies as well as explaining the content of the budget to the people.

Madam Akwetey said this at the Annual Post Budget Sensitisation Workshop for members of the Institute of Financial and Economic Journalists (IFEJ) and Parliamentary Press Corps in Accra on Monday.

The workshop, organised by the Ministry of Finance, is intended to enhance the knowledge and understanding of journalists on the 2018 budget to ensure effective communication and dissemination of accurate information to the public.

Madam Eva Mends, the First Female Director of Budget of the Ministry of Finance, said the budget was the most important document of the Ministry because it contained key policies and programmes of government that would influence the lives of the people.

She said despite the good initiatives outlined in the budget, it would not make the desired impact if it was not communicated effectively to the people, hence the meeting with the media.

“Part of getting a good budget implemented is to get the right energy and support from the people and we believe that the media is best placed to communicate the message to the people,” she added.

Madam Mends said every budget was about making choices considering the needs and concerns of the people, saying;” This year’s budget is good and reflects the aspirations of Ghanaians”.

Mr Rayborn Bulley, the President of IFEJ, said for journalists to communicate effectively to the public, it was important for them to understand the rationale underpinning the budget, therefore the meeting was important and timely, which would afford them the opportunity to listen to technical and expert views on the budget to enhance their knowledge and understanding.

Nana Birikorang, the President of the Parliamentary Press Corps, in a speech read on his behalf, suggested that there should be a pre-review and post analysis of the budget with the media to avert unnecessary speculations from the public.

He also appealed to the Ministry to organise the budget workshop on residential basis so that sufficient time would be allotted for the explanation of the various sectors and thematic areas in the budget for better appreciation of issues.

He commended the Ministry for organising the meeting for journalists because previous engagements with the media had given them deeper understanding of issues.

Dr Mawuli Gaddah, the Head of Macro Research at the Ministry of Finance, took participants through some policy initiatives proposed by government, while Dr Alhassan Iddrisu, the Director of Economic Research and Forecasting Division of the Ministry, also explained the macroeconomic indicators of the 2017 budget and projections in the 2018 budget statement and how it would influence the business environment.

The participants asked questions regarding factors that influenced the outcomes of the various macroeconomic indicators in the 2017 financial year and some policy initiatives proposed by government in the 2018 budget.

They also made various suggestions to the government, which would enhance the implementation of the budget.