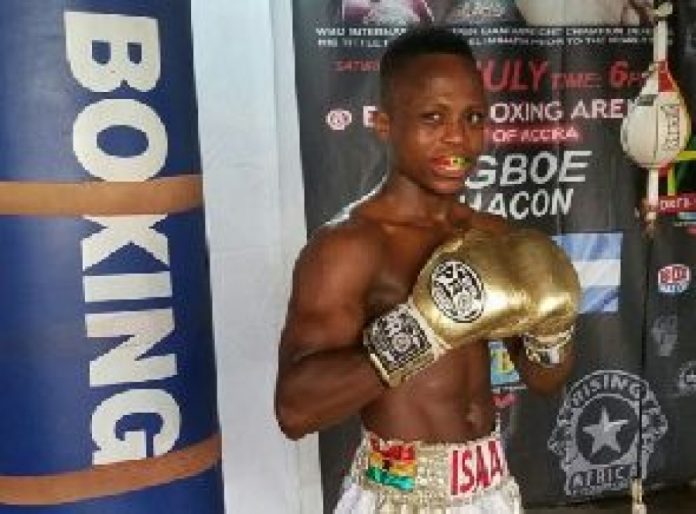 Speaking at a press conference on Monday, Dogboe popularly called “Royal Storm” described the bout as “David and Goliath” affair, referring his opponent as Goliath.

Dogboe (17-0, 11 KOs), who was full of confidence, noted that, he would stop the Mexican in the fight tagged as the “battle of the Gold Coast” adding that, he was ready to prove himself on the day against an experienced Juarez, who has fight record stands at 20-5, 15 KOs.

The 23-year-old boxer said “my opponent has lost five times in his career and I’ll increase it to six on January 6 and nothing is stopping me from doing that.

“This is a matter of a David and Goliath affair in the ring and I am ready for the challenge. I don’t care about what Juarez camp thinks of me but I will prove my worth on the night to the people of Mexico.

“I can’t miss an opportunity of this nature because I have been waiting for this throughout my career. This is the time to send a signal to the entire world about Ghana’s prowess in boxing,” Dogboe said.

He noted that, though his opponent is a good boxer on paper, he will knock him out that day to prove my worth. “He is a dangerous boxer and we want to fight the best to prove we are the best.”

Dogboe’s father, who is also the coach Paul Dogboe, described his boxer as a disciplined fighter and that, with his intensive training for the upcoming bout, he believes that Dogboe would clinch the title.