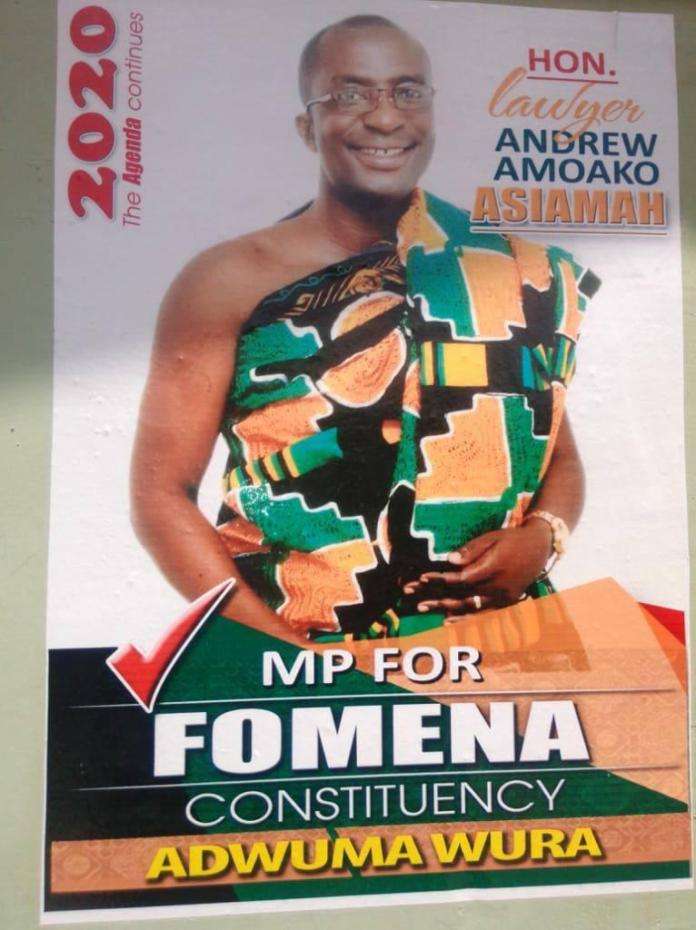 He has accordingly, written to the Electoral Commission (EC) to inform it about the decision of the House for the necessary action to be taken.

This comes on the back of a letter by the leadership of the New Patriotic Party(NPP) to expel Mr. Andrew Amoako Asiamah, the incumbent MP from the party after he filed nomination to run as an independent candidate in the upcoming general elections.

The ruling party saw the move by the MP as a disrespect to the party’s constitution and that of the 1992 Constitution and therefore wrote to the Speaker, informing him about the forfeiture of Mr. Amoako Asiama’s membership from the elephant family.

Mr. Amoako Asiamah was an a elected MP on the ticket of NPP in the 2016 general elections.

“The steps taking to contest against his party automatically triggers forfeiture of his membership. Having forfeited his membership of the party on whose ticket he was elected MP in 2016, the operative language of the constitution is that he shall – which is mandatory – vacate his seat in Parliament. Going by the interpretation of the law, constructive actions on the part of the MP are important. He has pronounced himself publicly as an independent candidate and has filed his papers to compete against the party and its official candidate on 7th December, 2020”, Speaker announced on Saturday.

“On that occasion, this current Parliament will still be sitting and operating as official parliament for the Republic of Ghana. We shall not have a situation adopted freely by any sitting MP where he or she will be campaigning openly against a party that he or she still represents in Parliament and yet ridiculously stand against the party knowing purposely that the interpretation of the law will not allow such ridicule to prevail”, he noted.

Prof. Mike Ocquaye queried that how could an MP operate both as an elected NPP MP and an ‘elected’ Independent MP after 7 December 2020 election should he win the 2020 election?

This the Speaker added “lacuna of ridiculous situation is not what is anticipated under the 1992 Constitution. In the circumstances, Parliament has decided that the conduct of Hon. Andrew Amoako Asiamah vacating his seat, Parliament accordingly, will bring this notice to the attention of the Electoral Commission for the necessary action to be taken in accordance with the law.”

“Having forfeited the membership of the party on whose ticket he was elected, to parliament, the operative language of the constitution is that, he shall – which is mandatory – vacate his seat in Parliament.

But according to the Speaker, it will be absurd that where any “sitting MP will be campaigning against the party that he/she represents in Parliament and yet ridiculously stands against the party.”

He believes that “no purposeful interpretation of the law will allow such ridicule to prevail.”

He further explained that the decision had the full backing of the constitution to which the incumbent MP, Mr. Asiamah agrees to that.

Article 97 (1)(g) of the 1992 Constitution of Ghana indicates that a member of parliament shall vacate his seat if he leaves the party of which he was a member at the time of his election to Parliament to join another party or seeks to remain in Parliament as an independent member.

President Akufo-Addo addressing chiefs and people of Fomena during his tour of the Ashanti region expressed his disappointment in Mr. Amoako Asiamah refusal to rescind his decision after he, the President talking to him.