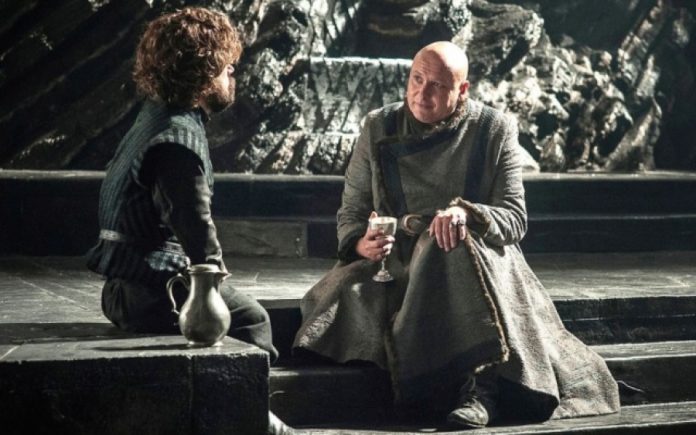 Game of Thrones is in the business of reunions and resurrecting old favorites this season, and “Eastwatch” brought back none other than King Robert Baratheon’s beloved bastard Gendry.

The blacksmith’s apprentice who fled King’s Landing with Arya Stark and sailed away from Stannis Baratheon waaaaayyyyy back in Season 3 reunited with Davos Seaworth in Fleabottom in tonight’s episode… and then gets into another freaking boat.

“I didn’t think I’d find you,” Davos says as we finally see Gendry’s face. “Thought you might still be rowing.”

SO DID WE ALL, DAVOS.

Gendry has been cooling his heels, A.K.A growing hella restless about making Lannister weapons when he knows full and well that they killed his father and tried to kill him too. He joins Davos and sails away with him and Tyrion, and one can only hope it doesn’t take us three seasons to catch up with them again.