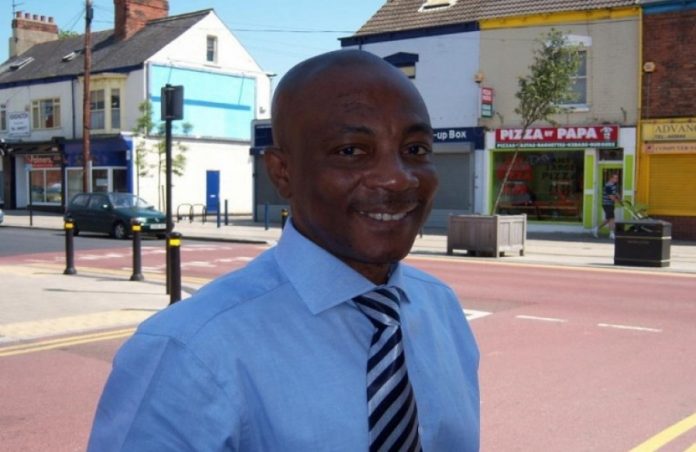 Isaac Addo, the acting FA General Secretary, and Nanabanyin Eyison, a member of the GFA’s Executive Committee and also chairman of the management committee of the national female Under-20 team, are battling to clear their names of charges of sexual harassment brought against them by the Ethics Committee of FIFA, following protests from two liaison officers during a workshop for the 2016 FIFA Under-20 Women’s World Cup (WWC).

A GFA source told the Graphic sports that the world football governing body, has handed the two FA officials bans from football activities, with Mr Addo slapped with a nine-month ban and Mr Eyison banned for six months.

The Graphic Sports understands that the two accused FA officials have also been barred by FIFA’s confidentiality clause, on the Code of Conduct, from commenting publicly on the issue until a finality has been brought to the matter.

They have, however, appointed attorneys who, at the moment, are handling the case in Zurich, headquarters of FIFA, to overturn the suspensions.

Contrary to the media reports and speculations that had gone viral on social media, information available to the Graphic Sports as of yesterday suggested that the two men were not in any way physically or verbally involved in sexual harassment but rather passed comments in the local dialect which were considered sexist per the laws of Papua Guinea.

The two men were in Papau New Guinea together with the Black Princesses’ coach, Mas-Ud Didi Dramani, for a workshop ahead of the WWC.

The charge brought against them by FIFA was one from the team liaison for Nigeria whom they met alone in an elevator. A source close to the accused explained to the Graphic Sports that one of the Ghanaian officials asked the complainant if she was not afraid to be alone in an elevator with three strange men given the incidents of rape in Papua New Guinea.

It was further alleged that the Ghanaian official also sought the opinion of Ghana’s Team Liaison Officer, as the only female with Ghana’s delegation, on why Ghana’s team had done well at the global under-17 level but were yet to break through at the under-20 level.

Further comments that the accused claimed they thought were jokes were considered sexists by the complainant and she subsequently lodged a complaint with FIFA.

The third charge was another complaint from Ghana’s liason officer, who claimed the FA officials spoke in their local dialect and laughed when they saw her in the lobby and she felt they had looked at her butt and reacted in that manner.

The attorney for the two men also refused to confirm to this paper on whether the two men had been banned, saying they were unhappy about the manner the issue had been twisted, finding their clients guilty before the final charge.

However, a lawyer, Nana Bi Kissi Asiedu, quite knowledgeable in Papua New Guinea laws, said he was not surprised at the charges given the stringent laws on sexual, sexist harassment in that country.

“What may pass for fair comment in Ghana is considered offensive in Papua New Guinea, so it comes as no surprise.

“The two men may have fallen into trouble for the cultural differences between Ghana and Papua New Guinea on the idea of sexual harassment and FIFA may be looking at the issue per the PNG law where the incident may have occurred.”