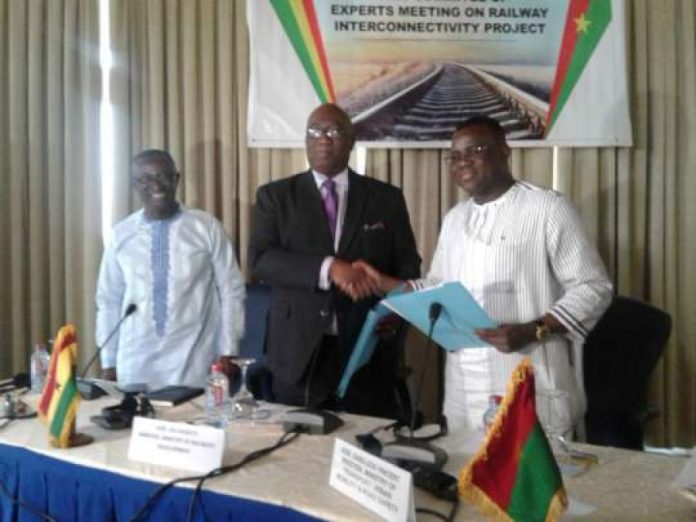 In a communiqué issued by the Joint Committee of Experts (JCE) on the Railway Connectivity Project, read by Mr Andy Kwame Appiah-Kubi, Co-Chairperson of the Committee, at the end of a four-day deliberation in Accra, on Thursday, said Ghana would select the Transaction Advisor.

It said the terms of reference for the Transaction Advisory services was drafted by the Ghanaian side and presented to the Burkinabe team at the meeting, which the latter agreed to in principle.

It said the Advisor would engage a private sector investor to develop a railway interconnectivity project between the Port of Tema and Ouagadougou on a Build, Operate and Transfer (BOT) basis.

The Committee reviewed the draft Terms of Reference for engaging the private sector partner extensively and adopted it for implementation.

The communiqué said the Burkinabe side notified members of the JCE that, two private sector partners, including Dubai Touch and African Global Development SARL, had shown interest, but strongly recommended the latter as a preferred choice for the project.

It said the Burkinabe side recommended African Global Development SARL because it had already conducted feasibility study on the proposed line, including drawings on the route.

The communiqué said the Burkinabe side said the recommended partner also wants to undertake the project on a BOT model, and in position to arrange funding for the project.

In view of the size and nature of the project, the committee saw the need for the development of a Treaty between the two countries.

In this regard, it said, two legal officers from Ghana and Burkina Faso had been tasked to review a draft treaty for discussion in the next meeting in Ouagadougou on March 12, 2018.

The JCE would meet again on March 12, this year, in the Burkinabe Capital, Ouagadougou, for further deliberations, and among other things, receive a presentation from the potential Transaction Advisor, review and adopt the Terms of Reference for the Transaction Advisor, as well as review a draft Treaty between the two countries.

The meeting would also outline the timelines for selecting the Transaction Advisor and private sector partner and preparation of the final report.