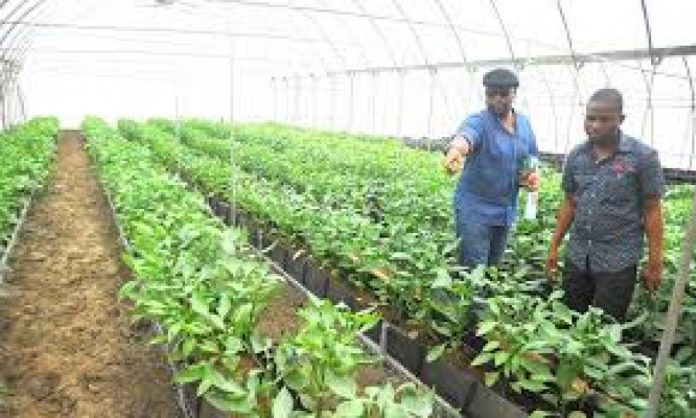 Speaking at a press briefing on the sidelines of the United Nations Convention for Climate Change, Senior Lecturer at the Regional Institute for Population at the University of Ghana, Raymond Kasei said the one village one dam will boost the country’s output from the agric sector.

“The times the rains begin is a big problem for farmers. It is something that affects agriculture in this country. Many of our farming practices rely heavily on rain-fed agriculture so the only village one dam principle will be very helpful for us,” he said.

According to him, the one village one dam policy will upgrade farmers from having to constantly depend on rainfall to ensure their farms are watered to more effective and convenient irrigation systems.

“We might divert from rain-fed agriculture to irrigation farming,” he added.

A number of farmers in various parts of the country have expressed worry over unfavourable weather conditions, which they say is affecting their production and driving a number of prospective farmers from the sector.

Nana Addo Dankwa Akufo Addo, in his campaigns ahead of the 2016 elections, promised to establish one dam in every village in the northern part of the country to boost agriculture through a well-planned irrigation policy.

He said a robust irrigation policy “One Village One Dam” will make Ghana crop all year round and eventually become a net exporter of most foodstuff.

He said his government, would provide functioning irrigation infrastructure through the policy to create jobs and improve food security in Ghana.

Agric Minister, Dr Owusu Afriyie Akoto had stated that the implementation of the project would start in 2017 dry season, which normally begins in November.

“We have a plan in place that we are going to submit, and hopefully, the implementation will start in the coming dry season,” the Minister said to Citi News.

“Isn’t it a shame that because the northern Savannah has only four months of rain, for eight months, the people there are sitting, folding their arms, waiting for God to bring rain when we have all these big rivers crisscrossing the savannah zone.

However following agitations from farmers over the government’s failure to implement the project before the end of the year, President Akufo-Addo assured Ghanaians that the programme will be rolled out in  2018.

“This year, the One-village One-dam project starts full operation. It is a simple low-tech project but these dams will make a big difference to all our lives and livelihood of our farmers. Already, many of the little dams that has been abandoned have been rehabilitated and brought back into use. A deliberate and specific intervention to help farmers is paying off,“ he said when he delivered his second State of the Nation Address earlier in February.