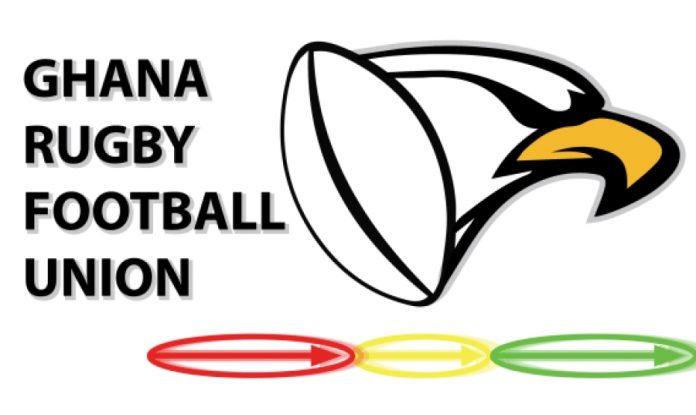 The venture was initiated by Daniel Oko Djanie, a former national rugby player of Ghana Rugby Eagle and marketing manager of the CHAMPS Sports Bar.

“I thought that my love for rugby, and for Ghana Rugby specifically, and my job as marketing manager for a sports bar holds the seed for a perfect marriage,” Djanie said.

The “Ghana Rugby CHAMPS” partnership will be based on the creation of excitement for rugby at the CHAMPS Sports Bar that is situated at the Paloma Hotel Complex on Ring Road in Accra.

“The venture was only conceived in the last few days and is in the development phase, but we have already laid down an exciting itinerary for the months of August to October that will climax on 7 October when the Ghana Eagles play their last match of Mission Kampala,” Djanie continued to say.

According to Djanie a Facebook Page has been created and a SuperBru Pool has been set up for the upcoming Rugby Championship Tournament between New Zealand, Australia, South Africa and Argentina.

Mr. Patrick Mattouk, MD of CHAMPS, also expressed his delight in the new Partnership and said that the support to sports in general and Ghana Rugby specifically is important to the popular Sports Bar and Grill.

“We are fully behind the Ghana Eagles’ quest for world glory and we will support them fully to become ‘CHAMPS’ and to make Ghana proud,” Mattouk said. The Rugby Championship is an annual rugby tournament that is similar to the Northern Hemisphere Six Nations Tournament and attracts millions of viewers annually from all over the world.

All the matches that start on 19 August and run through to 7 October will be screened live at the CHAMPS Sports Bar as part of the venture every Saturday.

The President of Ghana Rugby, Mr. Herbert Mensah, welcomed the initiative and said from his home in the UK, “Ghana Rugby has entered a very exciting phase of its life when it became full members of World Rugby on 10 May this year.

To top it all, we have been invited to take part in the Africa Men’s Sevens Rugby Tournament in Kampala, Uganda on six and seven October and this partnership serve as the perfect run-up to Mission Kampala.” Ghana Rugby will be competing for top honours against nine other African countries, including Namibia, Zimbabwe, Uganda, Morocco, Senegal, Madagascar, Tunisia, Botswana and Zambia. The tournament is of great significance as it also opens the doors for Ghana Rugby to qualify for Sevens Rugby World Cup 2018, the Commonwealth Games and for the World Series repechage tournament in Hong Kong. Ghana Rugby and the management of CHAMPS have appealed to all rugby lovers in and around Accra to support the venture and to join in the fun and excitement. Daniel Djanie said.

“Besides for the excitement of watching the Rugby Championship there will be lots of opportunities to support Ghana Rugby and to win prizes.”