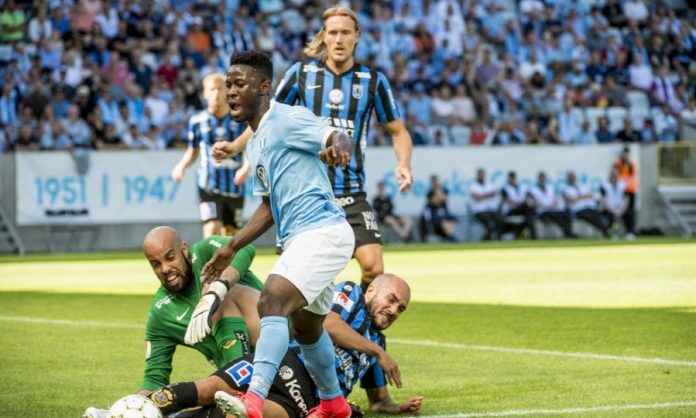 Sarfo climbed off the bench to score for Malmo in the convincing victory. The 22-year-old registered his name on the score sheet with a beautiful strike in the 76th minute of the game.

After two first half goals by Jo Inge Berget and Alexander Jeremejeff had set Malmo on their way to victory. Pawel Cibicki and Erdal Rakip were also on target.

He has thus far scored two goals for the Malmo Swedish top-flight league. He joined them from IK Sirius this summer.

Sarfo earned a debut Black Stars of Ghana call-up in May this year but his invitation was blocked by Swedish FA, who are keen on getting the youngster to feature for the senior national team.

Sarfo joins teammates to applaud fans for their support.