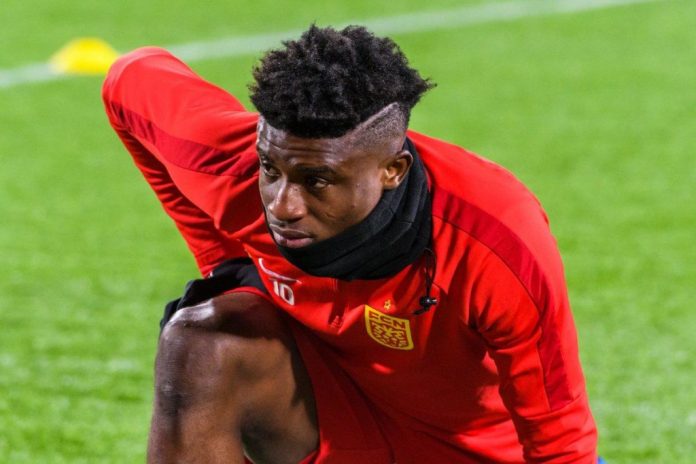 Ghana has suffered another massive blow ahead of next week’s 2022 World Cup qualifiers as key midfielder Mohammed Kudus has been ruled out of action for another three weeks by his Dutch club Ajax Amsterdam, Ghanasoccernet.com can exclusively reveal.

Ajax coach Erik ten Hag  says the talented player will not return to action until after three weeks, which means he will miss the two matches against Ethiopia and South Africa.

The Black Stars will take on Ethiopia in Cape Coast on Friday before travelling three days later to play South Africa in Johannesburg on 6 September.

This means the Ghana young star will not be available to play the two matches as a time that top clubs in the top leagues of Europe are reluctant to release Black Stars players for the important matches.

Ten Hag revealed that Kudus will not be in the squad for Sunday’s game against Vitesse and added that it may be another three weeks before he is fully fit again.

The revelation means that Black Stars coach CK Akonnor’s hopes of playing Kudus have been dashed as he was hoping the youngster would be fit to play in the match.

Kudus was named in the Black Stars squad for the 2022 World Cup qualifiers against Ethiopia and South Africa despite being injured as they were hoping he would be fit before the two matches.

The 21-year-old  suffered an ankle injury in a pre-season friendly against Anderlecht and still recovering from the injury.

Kudus was ruled out of Ajax’s 4-0 heavy defeat to PSV in the Johann Cryuff Shield Cup  two weeks ago Sdue to the injury.

The Ghanaian International resumed light training and was thought to be in good shape thus making it possible for Akonnor to consider him for selection into the Black Stars.

Kudus missed Ajax’s season opener against NEC Breda in the Eredivisie last Saturday due to fitness.

Kudus has been one of Ghana’s key players during the 2021 Africa Cup of Nations qualifiers.

He scored that decisive goal against South Africa in Johannesburg that qualified the Black Stars to the AFCON tournament to be held next year in Cameroon.

Kudus won two titles with Ajax in his first season at the club.