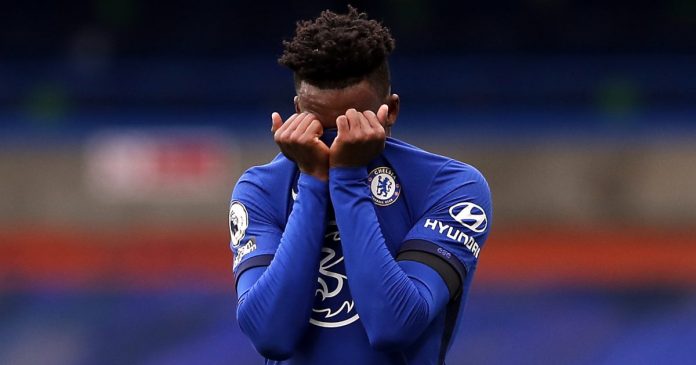 Chelsea star Callum Hudson-Odoi has surprisingly been left out of England Under 21 squad for their upcoming matches against Romania and Kosovo.

The rumors are that the England FA were not too amused by the outcome of his visit to Ghana in June.

It can be recalled that the Ghana Football Association intensified their chase for the talented winger when he visited the West African country for vacation this summer.

During which he held meetings with GFA President Kurt Edwin Simeon-Okraku and the Minister of Youth and Sports over the possibility of switching his international allegiance.

President Nana Addo Dankwa Akufo-Addo also weighed in with his pitch when the player paid a courtesy call to the Jubilee house and charged the country’s football governing body to explore all available options.

A proposition that seemed like a remote possibility just a year ago is now becoming increasingly likely by the day and the Ghana FA can in fact begin to dream.

Despite been capped three times by the Three Lions, Hudson-Odoi still eligible to represent the Black Stars after the rules governing international representation were revised by FIFA.

However, he will have to wait until November next year to do so. Fifa rules demand that players become eligible for a switch only three years after their last appearance for the association they wish to leave.

Huson-Odoi was born and raised in England to a Ghanaian father.

His father, Bismark Odoi is a former midfielder of Ghana Premier League giants Hearts of Oak and his older brother Bradley has featured for Ghana’s U20 side.