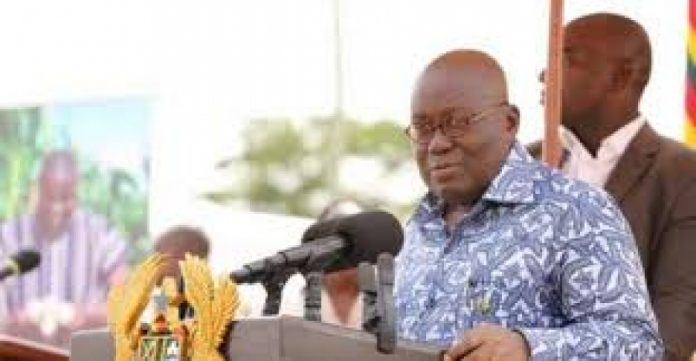 This year, small businesses and enterprises would enjoy an average reduction of 14 per cent in utility tariffs, with barbers getting a cut of 18 per cent, hairdressers and beauticians, 15.7 per cent and some 9.8 per cent cut for tailors and fashion designers.

President Akufo-Addo made the announcement on Monday at the opening of the three-day Eighth edition of the Annual Salon Academy of the National Association of Beauticians and Hairdresser of Ghana (NABH) held at the Mensah Sarbah Hall, University of Ghana, Legon, near Accra.

This year’s event is under the theme: “Creating the Best Learning Environment in All Training Centres”.

The Salon Academy, which drew participation from all over the country and from West African countries of Nigeria, Togo, Benin and Côte d’Ivoire, is aimed at enhancing and improving the skills of beauticians and hairdressers.

The President told the hairdressers and beauticians that government was determined to make their businesses grow, and that, with the normalisation of the power situation in the country, it (government) would ensure businesses flourish and bring the desired growth Ghana deserves.

With small business, like that of the hairdressers paying an average electricity bill of GH₵562 monthly last year, the reduction announced by the President is expected to cut their bills to GH₵473 a month.

“This means GH₵88 has been taken from the electricity tariff that you pay. We want to encourage private business, and make business stand on its feet,” President Akufo-Addo said.

The President was grateful to the Association for their support and prayers, which brought him and the New Patriotic Party victory in the 2016 election, and assured them that he would fulfil the promises he made in the run up to that poll.

He noted that, one of the pledges he made to them, the implementation of the Free Senior High School policy, was now a reality.

“By the grace of God, Free SHS, which some said was not possible or would be possible only after 20 years, is now a reality in our country. Free SHS has come to stay. It is going to be a central feature of the education architecture of our country.

The President told the association that government had made it a policy decision to centralise all vocational training institutions under the education ministry to enable the scaling up of Technical and Vocational Education and Training (TVET) in the country, and make skills acquisition readily available to Ghanaians.

“My government has made the decision to centralise all of them (TVET) under the Ministry of Education, so we can scale up TVET training, and make it better and more robust for you.

The demand for an industrial park in every region is part of the NPP manifesto, and you know that all the pledges I have made to the Ghanaian people, I am going to fulfil each and every one of them,” he said.

He called on the members of the association to continue supporting his government, saying “this government is your government; it is the government of the private sector.”