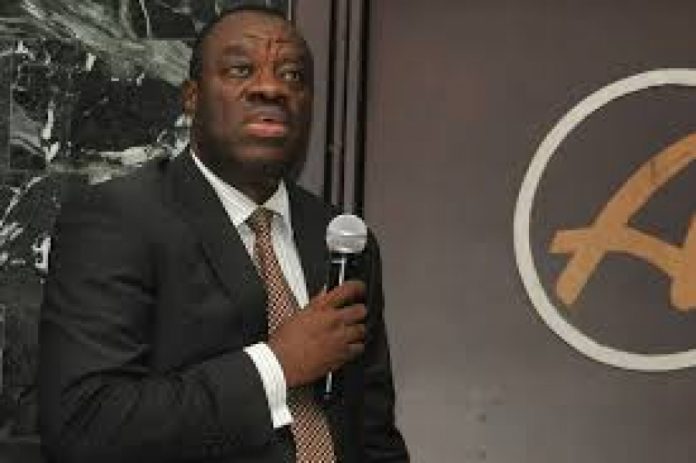 By March 2018, government would have closed the deal for the funding, the minister said during a familiarisation tour of the Impact Hub, iSpace and Meltwater (MEST), and the flagship National Entrepreneurship and Innovation Plan (NEIP), in collaboration with the Private Sector Implementation African SME Organisation.

“It is not going to be a one-off thing when we get the GH¢20m; we will support those we can support then roll again. So, we are going to start it from Accra and see how many people can benefit from that,” he said.

“Some need as little as GH¢5,000 and even GH¢1,000. So, it is not going to be a uniform figure. It depends on the industry and the business that you are doing. So, we are going to look across sectors, whether it’s lifestyle, agri-business, hi-tech, the most important thing is to help create jobs.”

Government has made some US$10million available under the NEIP, an amount the minister admitted is not enough, but said it could go a long way to support innovative ideas, especially because interest rates on it will be cheaper than that of commercial banks.

“We’ve seen that too many people want to be on their own but they lack access to cheap funding. They can’t get the commercial loans. So, we want to get them the loans with low interest rates and hope that the banks and stakeholders will help us give them some training and also mentor them. So, it’s a whole value chain which includes how to access money, how to access banking, marketing and hand holding. This is an integrated comprehensive strategy to help them grow”, he said.

An estimated 45% of the country’s youth are said to be unemployed, a situation the minister said must change.

“Government must create the space for jobs in the country. So, we want to equip them with employable skills and finance so that they can set up businesses. The essence of it is to expand and employ other people.

We want to go ‘Ghana beyond Aid’, we can’t keep on depending on foreigners to make Ghana what it is. We have a lot of resources and we need to tap them but to get that inclusive development we need young people. So, we want to know what your challenges are so that together as government and the private sector, we can craft the policy.”

Addressing concerns raised by some of the young entrepreneurs on the tedious and expensive nature and processes involved in registering a business, the minister noted that one of the areas his outfit is focusing keenly on is to create a system where processing of young businesses could be very easy.

He said: “This is part of the reason why we came on this tour to get all these concerns and sit down as a government and find ways and means to make it easy and to help the young entrepreneur to expand and employ other people as well. So, we are making sure that start-ups have 2-3 years tax holidays, which means they would plough back to expand their businesses and employ others as well.”

Also present was Yaw Asamoah from the Private Sector Implementation Partner for NEIP under the Business ministry.

According to him, NEIP is in four strands which include the advisory service, which launched the biggest business plan competition in the country with more than 7,000 businesses. The advisory service is expected to begin operations in the south for some training. He encouraged the youth present to partake in this initiative if they have the interest for it.

Yaw Asamoah added that the whole idea is to build an integrated system for SMEs and start-ups and also to make doing business in Ghana much easier.

“The ultimate aim is to create jobs through entrepreneurship. So, we hope that you employ two or three people as time goes on and talk to us, if there’s anyway we can be of assistance, we would help.”