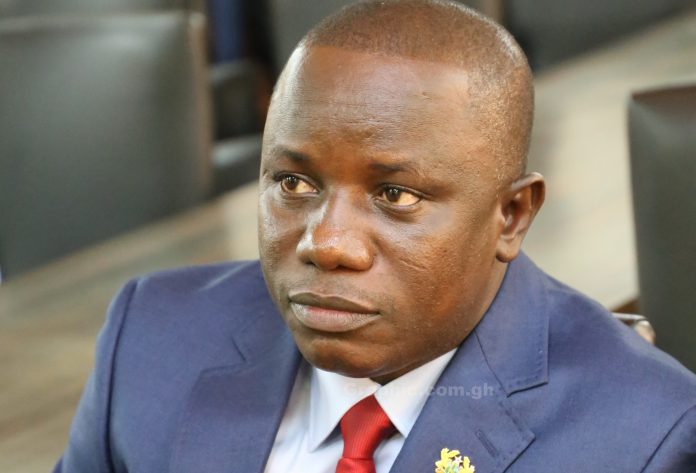 Minister of Defense, Dominic Nitiwul, has urged the Ghanaian public to dismiss allegations the government is recruiting and training mercenaries at the Jubilee House to disrupt the 2024 general elections.

President Nana Addo Dankwa Akufo-Addo, he said, is committed to handing over to a duly elected President on 7th January, 2025.

According to him, no such thing is taking place at the presidency and that the government has not brought anybody into Jubilee House for training.

He argued the presidency is an open place and challenged the media to visit and interview the security personnel or anybody who works there.

“You’ll be told there is nothing like that and that it is the imagination of the Minority in Parliament and people should disregard it.”

“We have not done that and we have no intention to do that.”

The Defence Minister was responding to a press conference by the Minority in Parliament and addressed by the Ranking Member of the Defence and Interior Committee Mr. James Agalga on Tuesday, November 8.

Relying on a broadcast by US-Based Ghanaian journalist, Kelvin Taylor who alleged mercenaries are being recruited and trained at the seat of government by one DCOP Asare to cause chaos and mayhem in the country and blame the political opposition, Mr. Agalga demanded an urgent independent probe into the allegation due to its seriousness.

This, he said, is in hindsight of the involvement of the government in the Ayawaso West Wuogon Constituency by-election violence where state-sponsored armed thugs caused mayhem.

He said, “Kelvin Taylor’s expose further brings into sharp focus the use of hoodlums within the security services who without any justification whatsoever shot and killed eight innocent Ghanaians during the conduct of the 2020 presidential and parliamentary elections.”

“Up till now, not even a single soul has been brought to face justice for the murders in question.”

“One DCOP Asare is identified as the officer in charge of the training of the mercenaries at the Jubilee House.”

The Minority called on President Akufo-Addo to take urgent steps to address the numerous human security challenges inflicted on Ghanaians due to his mismanagement of the economy in order to save the 4th Republican Constitution Order he inherited from the four presidents before him.

Responding to the allegation, however, Defence Minister Nitiwul argued the New Patriotic Party (NPP) is more democratic than the opposition National Democratic Congress (NDC) and believes more in the tenets of democracy.

According to him, the NPP tradition was borne out of democracy; people who believe in democracy and added, “So we will be the last to trample upon democracy.”

“We are the last to organize thugs. You put the two parties together and see who is capable of managing thugs. We will not organize thugs today or tomorrow.

“It is not in our veins, and in fact, we don’t even know how to organize thugs. So we can’t even organize them and we have no intention of doing that,” he stated.

Mr. Nitiwul vowed that as Minister of Defence, not under his watch will he allow anybody to introduce thugs to the Jubilee House.

He accused Kelvin Taylor of engaging in yellow journalism and expressed shock the Minority even believed his accusations and urged Ghanaians not to take him seriously.

Interior Minister Ambrose Dery who also responded to the Minority’s accusation of manipulation of recruitment into the security services argued the Ghana Police Service has become very professional today through the retooling and retraining of officers by the government.

He averred that police officers have become more professional in discharging their duties, evidenced by arrests of government appointees by the police for various infractions and taken through due process.

The Interior Minister admitted DCOP Asare is security personnel at the Jubilee House but stressed there is no basis for the allegation.

He assured as part of the government effort to enhance police work, officers will soon be fitted with body cams to record their every move to ensure their location is known at every material moment.