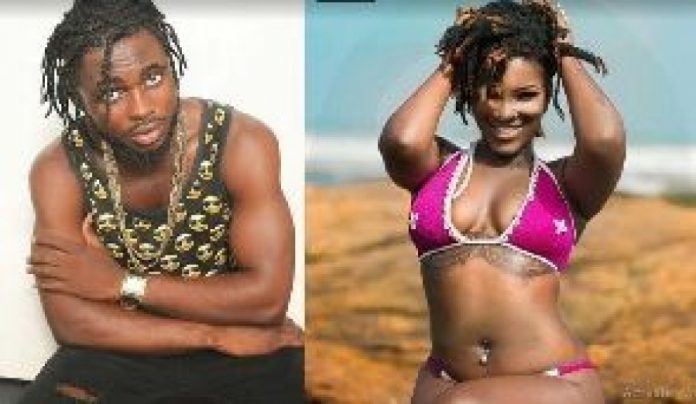 In an interview on Black Legendary TV, the singer said there is nothing wrong with Ebony’s choice of clothes, regardless of how long or short it can be.

According to him,those criticising the young singer are hypocrites and should use the right channel to advice her instead of going on air to criticize her hard-work.

“I don’t see anything wrong with what Ebony wears. I am the wrong person to be asked this question because I’m a fan and being a fan to someone means you love every thing about them. She can go long or short I will still be a fan.

“However, my only issue is with those bashing her on air. She is just in her early 20’s and just look at how influential she has been. Instead of using the right approach to correct her wrongs, they are being talkatives on air which is 100 percent hypocritical,” Obibini Takyi Jnr stated.

In an answer to why he sees the need to support the ‘Maame Hw3’ hitmaker, Obibini further said,

“I’m one person who doesnt love to judge because i wouldnt like to be judged by my fellow man and that’s why I don’t see anything wrong with Ebony’s dressing. I heard people saying she is an agent of Satan, really? who are they to judge?

“Even if on that day if Ebony is rejected in Heaven, I will still follow her to hell, which I know won’t happen because God doesn’t judge by what people say about others but what’s in the heart,” Obibini Takyi Jnr added.

Obibini Takyi Jnr is the son of highlife legend Obibini Takyi who is noted for his hit song, ‘Akosombo Nkania’.

Obibini Takyi seem to be following the trend of his late father. He is currently promoting his collaboration with Kofi Kinaata and Zack titled ‘Y3b3 Bo’.