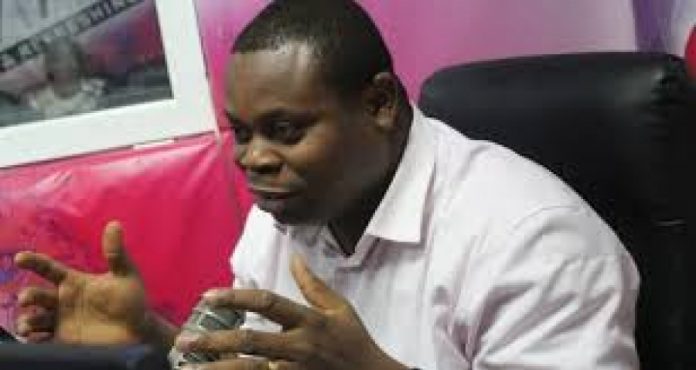 The awards ceremony generated massive controversy after it emerged that expats were asked to pay the whopping amount to sit close to the President.

After several denials by the Trade and Industry Ministry and demands for the monies to be refunded to the expatriates by the Minority in parliament, the chairman of the Millennium Excellence Foundation—organisers of the event—Victor Gbeho confirmed that the fees were charged.

The government through the Minister of Information Mustapha Hamid issued a statement exonerating the Ministry of any wrong doing.

That notwithstanding the Minority in parliament called for a bipartisan committee to probe the development—a request the Speaker of Parliament Prof. Mike Oquaye granted.

But speaking Saturday January 6, 2018 on Accra based Citi FM Mr. Cudjoe held the view that the conduct of the organisers is a standard practice nonetheless, chiding the Ministry for poorly handling the entire process.

“My personal opinion is that the Trade Ministry handled this thing quite poorly. Secondly, I have to also say that if you organize a formal programme with business people, there is actually nothing entirely wrong if they paid for tables…unless of course, those sums were indeed extorted. We have to differentiate the two,” he said.

“If the sums were not extorted and to the extent that it was a business meeting, and people wanted to sit close to the president there is nothing wrong. I would have thought that if the tables were sold in a manner that made people feel that I’m being made to pay a sum that I don’t like, that’s the difference here. It’s standard practice but I think it was poorly executed by the Ministry, of course that is what I feel,” he added.