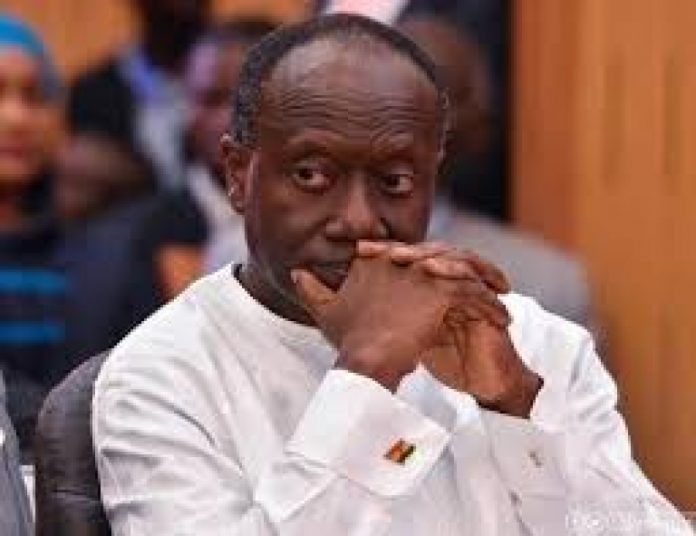 Mr Genfi alleged that the minister had placed himself in a conflict of interest position, and thus in breach of constitutional provisions.

Directives CHRAJ, after its preliminary assessment of the petition, asked the Minister of Finance last Thursday through the ministry to respond to the complaint in a letter addressed to him and obtained by the Daily Graphic.

“In accordance with the provisions of Article 287 of the 1992 Constitution, the commission requests you to comment on the allegations of contravention of Article 284 of the Constitution made against you by the complainant,” the letter said.

It asked the minister to, as much as possible, support his responses with any documents or information “within 10 days and if you admit to the allegations, to state so expressly”.

“The commission would like to inform you that if you deny the allegations made against you, the Commission would cause the matter to be investigated,” it said. Petition Mr Genfi alleged that on April 3, 2017, the Ministry of Finance announced that the government of Ghana had issued 15-year and seven-year bonds at a coupon rate of 19.75 per cent each. The said bonds issued raised a total amount of USD 1.13 billion. In addition, the Ministry of Finance raised the cedi equivalent of USD 1.12 billion in the five-year and 10-year bonds through a tap arrangement.

“A number of issues of conflict of interest and the lack of transparency have emerged from the bond issuance,” the complainant said. For instance, the complainant said the bonds were not on the issuance calendar; the initial pricing guidelines of the bond were issued at 5:37 p.m on March 30, 2017 by email, which was after working hours; and the public announcement of the transaction was sent by e–mail at 9:09 a.m on March 31, 2017, which meant that the transaction was opened before the announcement was made to the public.

He further alleged that April 3, 2017 was the settlement date and not the closing date of the bond. Mr. Genfi said one single investor, Franklin Templeton Investment Limited, an American global investment management organisation founded in 1947, purchased 95 per cent of the bond issued.

“The size of this virtual ‘private placement’ makes it akin to a sovereign bond or foreign loan,” he said, adding, “The virtual “private placement” approach that was used was opened in the morning and closed in the evening of the same day, March 31, 2017.” Mr Genfi was further of the view that: “A relational interest existed between the Minister of Finance and Mr Trevor G. Trefgarne, who in a semi-annual report of the Franklin Templeton Investment Limited of December 31, 2016 is named as one of the Board of Directors of the organisation, while also being the Chairman of the Enterprise Group Limited.” “Enterprise Group Limited is a company partially owned by Databank Limited, a company in which the Finance Minister is known to have significant interest,” Mr Genfi added.

Mr Genfi wanted to know. He further stated that the transaction seemed to have been shrouded in secrecy with the bond processes being limited to one day compared to past processes that were open. Furthermore, he said, there was no record available to the effect that the minister disclosed his relational interest in the transaction.

That, according to the complainant, contravened Article 287 of the Constitution.