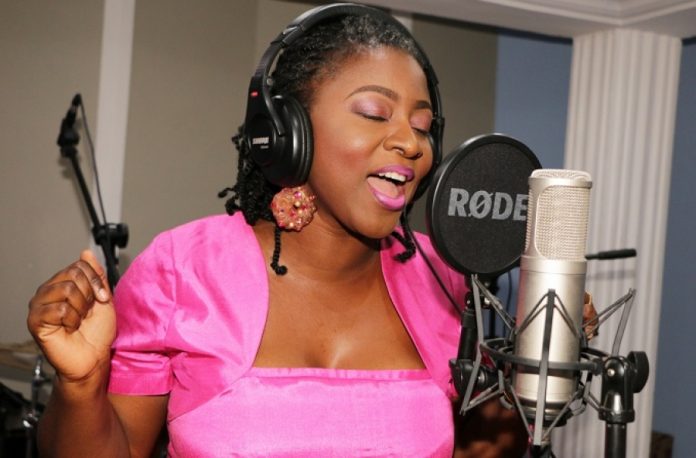 The song is a slow piece in Ga that exalts God and tells of His magnificence and sovereignty. To the singer, God is a true King who must be lifted at all times.

‘Oda’ is Jackie’s first studio-recorded song in 16 years. The last time she brought something out was in 2001 with her ‘So Glad’ album which contained sparkling tracks such as ‘Shidaa’, ‘Bridge Over Troubled Water’ and ‘You’ve Got A Friend.’

“It’s taken me quite a while to record something new but I haven’t been completely lost on the music scene,” Jackie says.

“I’ve been singing in churches, at weddings, funerals and at national and corporate events. I also organised my ‘Sounds of Sweetness’ concerts for a few years.”

According to Jackie, the 16-year break from recording afforded her time to learn, grow and work closely with other musicians such as SP Kofi Sarpong, Akablay and Amandzeba.

“I have had time to reflect and write more material,” she said.

Electronic media consumers know Jackie as the charming presenter of ‘Asanka Delight’ on television and ‘Nestle Nutrition Line’ on radio.

She is currently working with a team of accomplished musicians on her next album and promises her fans plenty of refreshing, inspirational music.

In the meantime, Jackie prays that ‘Oda’ would bless listeners’ lives and fill their hearts with peace.