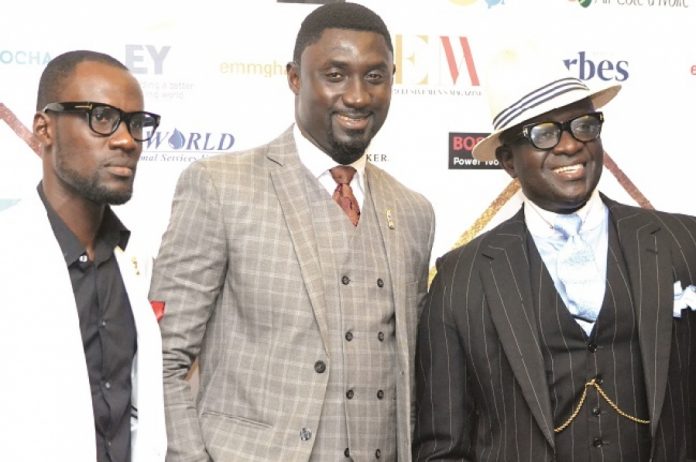 Presenter, Andy Dosty and a friend

The newest edition of the Exclusive Men Magazine has Dr Ernest Ofori Sarpong, CEO of Special Investments and Special Ice Mineral Water, as the front cover.