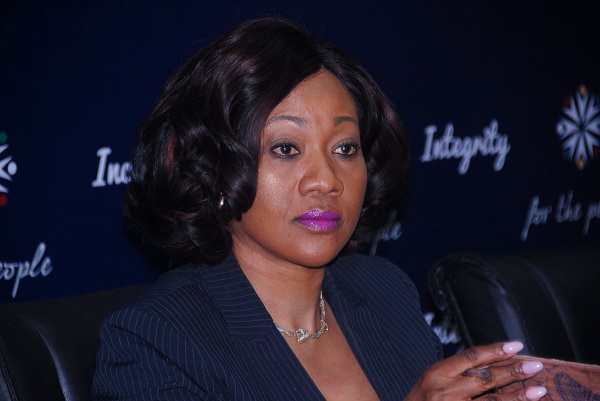 The petitioner has the murderous intent of ‘stripping Jean Mensa naked’ simply because Charlotte Osei was booted out of office.

It is not as though Charlotte Osei did nothing warranting the fate that befell her. The very laws she swore to abide by were blatantly breached by her. Moreover, her autocratic leadership style led to her deputies getting into occasional verbal exchanges with her.

The brawls metamorphosed into fisticuffs and escalated into a full blown battle between Charlotte Osei on one hand and her deputies on the other hand. These events led to her own subordinates petitioning the appropriate quarters whose outcome is one of history.

Despite this self-inflicted wound by Charlotte Osei, Mr. Mahama has never forgiven her successor, Jean Mensa, as though she caused her predecessor’s downfall.

This preoccupation is responsible for the hiccups the opposition National Democratic Congress is confronted with in court. The petitioner from day one targeted Jean Mensa.

This deep-seated hatred for Jean Mensa is also responsible for the attempted but failed subpoena by Mr. Mahama. The subpoena was to force the person Jean Mensa, not the First Respondent to testify in the witness box.

That proposition raised eyebrows amongst legal experts who insist that such a situation doesn’t lend itself to any legal precedence or authority. The adversarial system being practiced in Ghana doesn’t also favour the request the petitioner made.

In effect, there is no elections’ petition in the petition of the petitioner. Article 64(1) which formed the basis upon which Mr. Mahama brought the petition to the Supreme Court cannot be seen anywhere in the so-called petition since Jean Mensa’s name didn’t feature in the crafting of that Article.

(Whispers from the Corridors of the Thinking Place.)