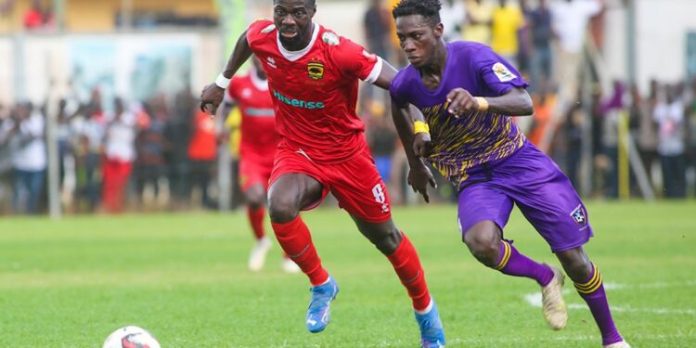 Asante Kotoko recorded a 1-0 win over Medeama SC at the Akoon Park in Tarkwa on Saturday, handing the latter their fourth consecutive defeat following a 1-0 loss to Accra Great Olympics last time out.

Nicholas Mensah scored the only goal of the game in the second half to give the Porcupine Warriors their first away win of the season propelling them to the summit of the league.

The first half ended in a goalless draw as both teams were unable to break the deadlock with some missed chances.

Back from recess, Kotoko came into game with a much-improved performance and were rewarded in the 60th minute when Nicholas Mensah scored his third goal of the season to give his side all valuable three points ahead of the international break.

Asante Kotoko however ended the game with 10-men after Eric Zeze was sent off in the 87th minute after receiving a second yellow card.